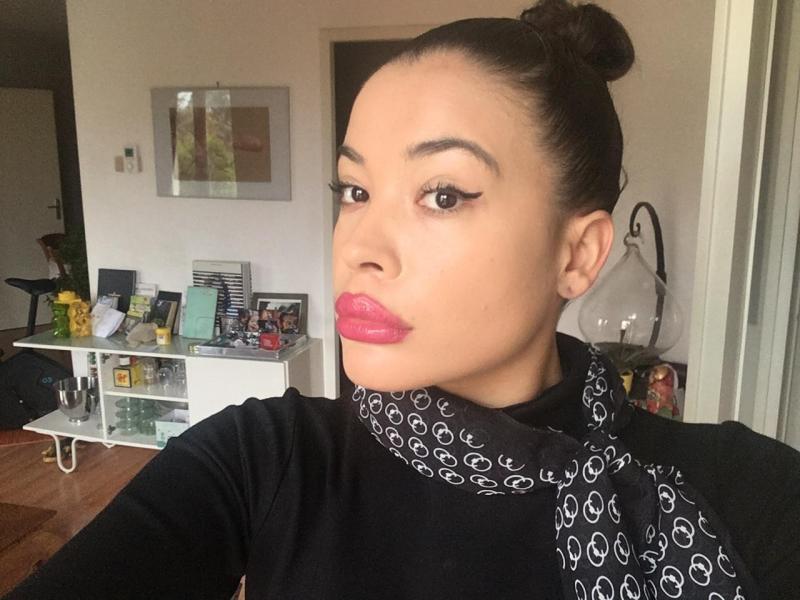 For World Vegan Month, The Vegan Review is sharing the stories of vegans from 30 countries around the world. Here’s one from France.

She switched to a plant-based lifestyle aged 24. The French word for ‘vegan’, she says, is ‘végétalien’.

I went vegan because I love animals. I was vegetarian first. But it was also for the lifestyle, to be honest, and everything that includes, such as sport, fitness and being healthy.

The biggest challenge for me? It was not being able to eat any cheese. That was kind of complicated, at first.

My mom was okay, my boyfriend is cool with it and my sisters too, because they are vegetarian. It was a bit harder for my father, as he doesn’t really understand it. My mom has adapted a lot, as she cooks for me once a week and even eats vegan herself sometimes.

My favourite thing to cook is rice with lemon, spices, tomatoes and olive oil. Also, I really like vegan pizza.

I veganise traditional french dishes all the time, and nothing has gone too far wrong yet.

I wish France had more vegan cheese. I can make one as a chef, but I like to buy it too sometimes.

In France, the availability is okay, but unfortunately, it costs a lot of money to get vegan products. Even fruits and vegetables are expensive.

My favorite spot is Like An Elephant in Lyon. And since I go to Paris every weekend to see my boyfriend, I would also say Hank Pizza.

As a vegan, I’m sure Lebanon is great, because there are so many alternatives available there, but I think the best would be somewhere in Asia, like Thailand or Vietnam. Also Bali, for the fruits!

The biggest roadblock here is the people, because, in France, they are not so open-minded about the vegan diet.

Amy Buxton
Amy is a committed ethical vegan, raising a next generation compassionate human with her husband and their beloved dog, Boo. A freelance writer with a background in PR, she decided to use the COVID lockdown period to refocus her client base and has come to The Vegan Review as a senior writer and editor, before moving into her external content director role. "What we should be doing is working at the job of life itself" is Amy's mantra, courtesy of Tom from The Good Life.
Previous articleIs TikToker Freelee The Banana Girl promoting vegan extremism?
Next articleThe Ultimate Guide to vegan and sustainable baby products