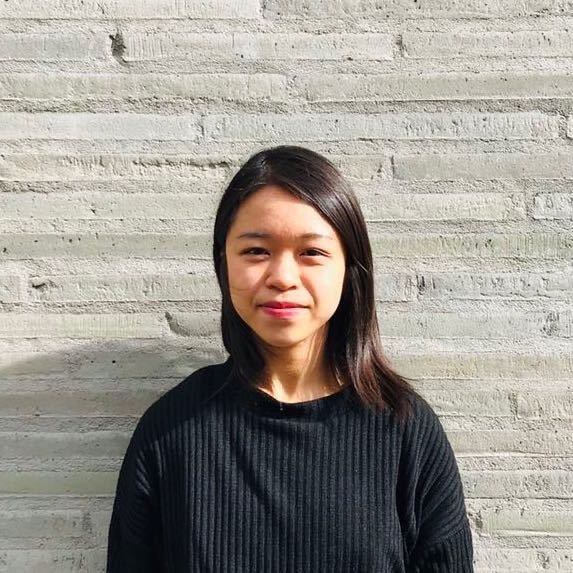 For World Vegan Month, The Vegan Review is sharing the stories of vegans from 30 places around the world. Here’s one from Hong Kong.

Angel Lau, 25, is a content creator from Hong Kong.

She went vegan in the summer of 2017, and says ‘vegan’ in Traditional Chinese is ‘純素’.

I watched a video called The Secret Reason We Eat Meat by American social psychologist Dr Melanie Joy and her organisation, Beyond Carnism. This video explains the invisible belief system that conditions people to eat certain animals, which Dr Joy coined “carnism”. It also includes some slaughterhouse and farm footage, which I had seen for the first time in my life.

I went on to learn about how animals are exploited in different industries through PETA’s website, and I was shocked and horrified by what I saw. It was then that I decided I could no longer support these industries, and that I had to go vegan.

The social aspect. I didn’t know how, or whether, I want to explain to my friends and family why I want to live vegan. I didn’t want to inconvenience others.

My family didn’t react very strongly at first (at least not in front of me). I explained to them why I wanted to live vegan, reassured them that I’ll eat a healthy, balanced diet, and they pretty much didn’t have other questions. They had always been very supportive, and my mom, who had the most control over our kitchen, even slowly turned the kitchen into a mostly vegan one.

When I first started my vegan activism, I would watch a lot of videos by street activists like Earthling Ed and Peace By Vegan (Ryuji Chua). Dr Melanie Joy and Tobias Leenaert, who together co-founded the Center for Effective Vegan Advocacy, are definitely huge influences to me as well.

As I learn more about the animal rights movement, I realise there are so many people who are doing amazing work all around the world, from political lobbying and corporate engagement to humane education and street outreach, so I am influenced and inspired by many individuals.

I haven’t tried veganising a local dish, mainly because I’m a lazy cook, which I’m not afraid to admit. A local snack I used to love is egg waffles, and as far as I know, one restaurant in Hong Kong has veganised it, which is amazing. It would be great to see the vegan version more common and accessible for all.

My favourite thing to cook, or favourite dish, varies. And because I’m so lazy, I usually go for simple recipes. Even a simple toast with peanut butter and banana makes me happy.

I think I’m very lucky and privileged that I can get most vegan products I’d like in Hong Kong, although not everything, especially imported products, is accessible to most of the population.

It depends. There are certain things related to veganism that are more accessible in Hong Kong than in a few European cities I’d lived in, such as tofu and certain vegetables. So I think plant-based products that originate in Asia are more accessible and can be affordable. On the other hand, there are many things that are not very affordable for most of the population, especially imported products, such as certain meat and dairy alternatives.

Check out our Ultimate Guide to veganism in Hong Kong.

London. I was there when I went vegan, so it’s not a new city for me. I love the people and the atmosphere of the city, the abundant food options, and the community of vegans and vegan activists.

I think a major roadblock to veganism in Hong Kong is accessibility — most animal products and food made with them are still a lot cheaper on average than plant-based options. When the environment is not conducive to change, I think people are less likely to hear the arguments for veganism, be it, ethical, environmental, or for health.

On an optimistic note, more and more people are aware of and understand the environmental and health arguments for a vegan lifestyle, and are moving towards it, so that’s a good sign.

Read our story on veganism in China.

Olivia Rafferty
Olivia is the Assistant Editor of The Vegan Review. An aspiring Middle Eastern correspondent currently studying journalism at City, University of London, she is passionate about the planet, she believes veganism is the first step to solving the complexities of climate change.
Previous articleWorld Vegan Month: Being plant-based in Panama
Next articleUnilever sets €1 billion goal to make plant-based the new normal