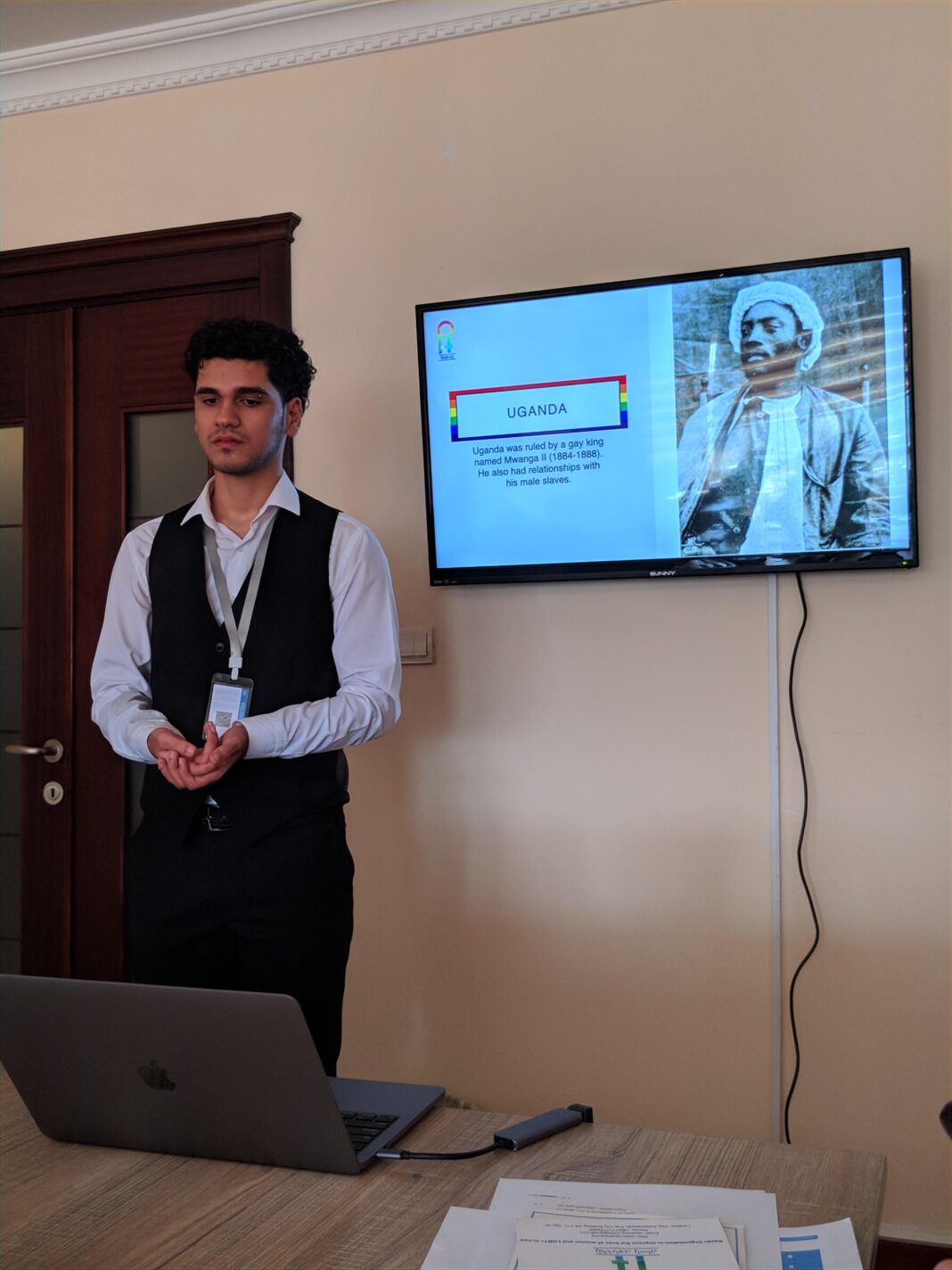 For World Vegan Month, The Vegan Review is sharing the stories of vegans from 30 countries around the world. Here’s one from Iraq.

Zhiar Ali, 21, is a human and animal rights activist from Iraq.

He went vegan five years ago. Ali says the word for ‘vegan’ in Kurdish, his native language is still the same: “We actually decided to reuse the original word because there were no appropriate equivalents for the word. We have another word, ڕووەکخۆر, which literally translates to plant-eater, but that’s reserved for vegetarians.”

I first heard about the concept of veganism from the Infamous Onision on YouTube. I researched more into it to become familiar with it. I discovered the community, saw what was really going on in the farms and how animals were treated, and it just clicked for me. I went vegan overnight, but it took me a while to become familiar with what I was supposed to use and what I was supposed to avoid, specifically in my diet.

My biggest challenge was getting used to the new lifestyle. Avoiding food I loved was a bit tough at first but then I learned how to cook vegan versions of my favourite dishes. Aside from that, in my country, the concept is so new that we have little to no vegan products, which made my life very hard.

Well, new concepts have a hard time fitting in in my society. It was a constant battle at first, telling people why I am doing it and how it is the right thing to do. When I used to tell people, it always brought an argument up about who’s right and who’s wrong. Luckily, that stopped after a while because I exhausted all the arguments with scientific evidence.

I don’t really have a person that influenced me specifically. I just did it because of the animals and the environment. I knew it was the right thing to do. It was nice seeing celebrities endorse the lifestyle, though.

I actually did veganise a traditional dish. We have a dish called shifta; it originally consists of meat and flour that get mushed together and cooked. Instead of meat, we often used potatoes or zucchini, and to me, it tasted better than the original.

After going vegan I started eating pasta more, and noodles were a big part of my diet for a while before I discovered I can be creative with my food. I still love noodles though.

Oh my god. The list is never-ending. We barely have any vegan products here. For starters, I wish we had Beyond Meat products over here. It would make our lives so much easier. And vegan cheese, butter, and all these products. Even something as simple as nutritional yeast is not available here in Iraq, which is one of the basic and most reoccurring ingredients in vegan dishes. I keep telling people who have markets and run shops to bring those products.

Very inaccessible and very costly. Those two reasons are intertwined: a lot of demand and little availability means a rather expensive product. Plant-based milks such as almond, rice, and coconut are outrageously expensive (averaging $5) compared to cow’s milk (which is around $1).

Let’s not even mention the vegan cheese, which is only available in one place, Iraq’s capital, Baghdad, and costs around $20. Of course, the average person would not choose to go through all this when the animal products are there and less expensive. It’s really sad, but it’s the reality.

Luckily there are a few places serving vegan food in Iraq. We have a Chinese restaurant, a very small and cosy space, that offers tofu and vegan sushi. We also have restaurants such as Latona and Fiteey, which veganise non-vegan dishes.

I’ve always wanted to visit Tel Aviv in Israel. We all know that Israel is known as the vegan paradise, there is a lot of plant-based food and they’re generally very positive about the lifestyle.

Check out our World Vegan Month story on being vegan in Israel.

The lack of availability of vegan alternatives as well as how expensive they are. We also barely had any education when I started my activism through my organisation — even the word ‘vegan’ was new to people. I hope that someday the vegans of Iraq and especially the Kurdistan region are considered and more plant-based food is made available in our countries.

Read our story on veganism in the meat-loving food culture of the Middle East.

Olivia Rafferty
Olivia is the Assistant Editor of The Vegan Review. An aspiring Middle Eastern correspondent currently studying journalism at City, University of London, she is passionate about the planet, she believes veganism is the first step to solving the complexities of climate change.
Previous articleCan meat-eaters be animal rights advocates?
Next articleThe best vegan Christmas gifts you probably haven’t thought of