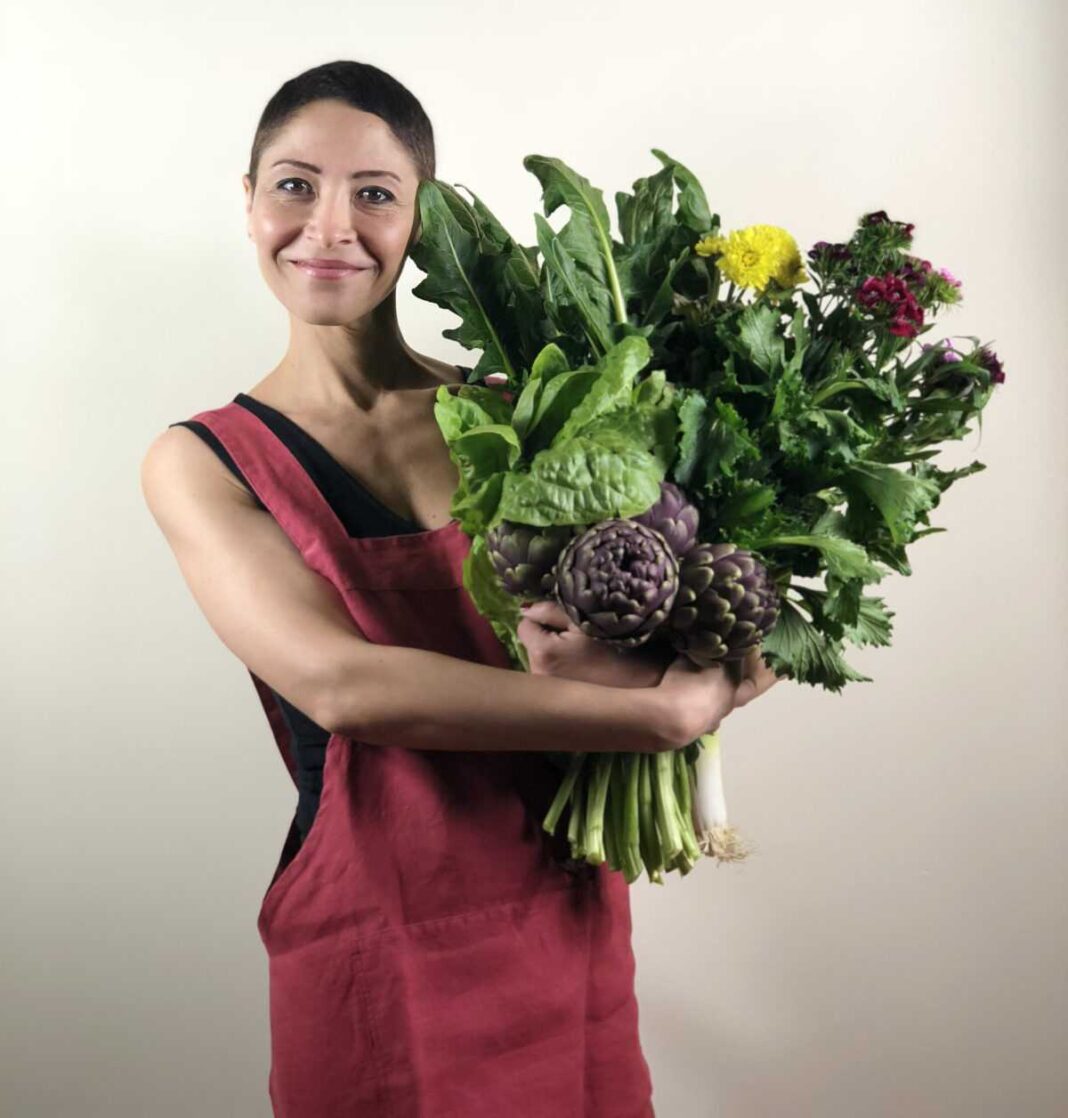 For World Vegan Month, The Vegan Review is sharing the stories of vegans from 30 countries around the world. Here’s one from Italy.

Roberta Sannazzaro, 46 is a vegan food photographer and content creator from Italy.

Because I love animals of every kind, that was my main driving force. Then I came to understand how nutrition is fundamental for our wellbeing and how a vegan diet can greatly contribute to it. Moreover, doing something good for our planet is never a bad thing.

I didn’t find the transition too challenging, since I was never a fan of meat or any animal derivatives. But probably — back when I transitioned — the offering of vegan options in restaurants or at friends’ homes was limited, so the social aspect was a tad more complicated.

It didn’t really come as a surprise to anybody and at home, it was easy to adapt. Also, as my vegan cooking improved, my dear ones also shifted towards a more plant-based eating habit. Nothing I have imposed, of course, I definitely support the freedom of choice.

Jonathan Safran Foer’s book Eating Animals has had a powerful influence. But I’ve also always followed the Buddhist philosophy, and Matthieu Ricard’s teachings on nutrition (amongst many other things) have been strong sources of inspiration.

Read how Buddhism and veganism can go hand-in-hand.

The Italian culinary tradition has a vast offering of dishes that require minimal adaptations (if any) to make them vegan. My favourite dish is probably risotto with mushrooms.

Check out our recipe for vegan mushroom risotto.

There’s really nothing I miss. Italy has an amazing selection of products.

The Italian biodiversity is wide, so a vast variety of products are both accessible and affordable. I’m very lucky in that sense.

My home! I love cooking. Unfortunately, the number of vegan restaurants in my city — which is very small — is almost zero. I would need to travel to Milan, where you can find vegan restaurants with Michelin stars.

The culinary tradition, one of the oldest in the world, which expects the vast majority of main dishes to be animal-based; cold cuts (ham, salami etc) and cheeses have always been extremely popular.

Read our editor Olivia Rafferty’s struggles of returning to Italy as a vegan.

Amy Buxton
Amy is a committed ethical vegan, raising a next generation compassionate human with her husband and their beloved dog, Boo. A freelance writer with a background in PR, she decided to use the COVID lockdown period to refocus her client base and has come to The Vegan Review as a senior writer and editor, before moving into her external content director role. "What we should be doing is working at the job of life itself" is Amy's mantra, courtesy of Tom from The Good Life.
Previous articleWho is Earthling Ed and why is he so important?
Next articleGet Vegan Grub: An ethical food delivery service expanding into London