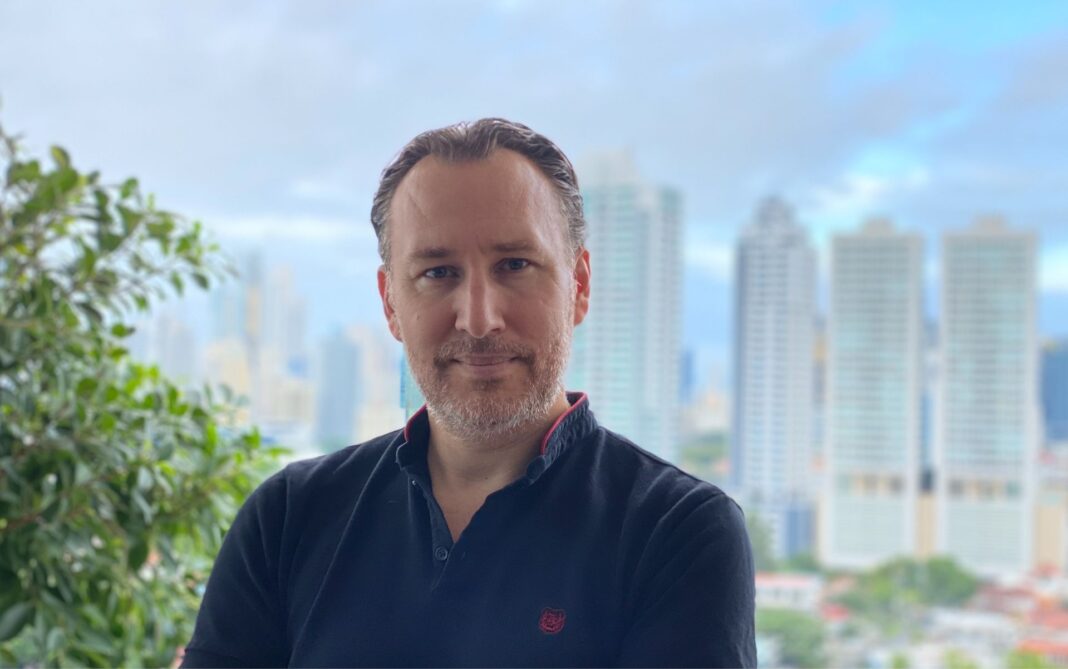 For World Vegan Month, The Vegan Review is sharing the stories of vegans from 30 countries around the world. Here’s one from Panama.

Emmanuel Besserve, 45, is a co-founder of OoopsVegan and Quinoa Marketing agency.

He went vegan over three years ago. “We say ‘vegano’ for a male vegan, ‘vegana’ for a female vegan and ‘veganismo’ for veganism,” he says.

My driver was definitely the environmental impact of animal food production and how you can really create a shift at an individual level by switching to a vegan lifestyle.

My transition was fairly easy because I have been mostly vegetarian for the past 15 years and only ate meat occasionally. But the main challenge was going grocery shopping and finding out that so many foods contain animal products.

I think none of my friends imagined that I would stick with it; they thought it was more of a detox I was doing. They quickly discovered that I was serious about it.

My wife had been vegetarian since she was three years old, then she went vegan. It was easy to become influenced by her journey.

At home, we have a Vegan Taco Fridays tradition. Even though I live in Panama, I’ve met some really good friends here that are Mexican. They made me discover the incredible variety of their cuisine with a lot of vegan dishes. And it’s thanks to them that I have discovered the existence of vegan chorizo that I use for my tacos. Apparently, it’s been a very common product in Mexico for quite a long time.

I was in London last year and I had the opportunity to go to La Fauxmagerie. I would love to have a place like that in Panama City.

Vegan products (plant-based milk, vegan cheese, vegan burgers, etc.) are quite expensive here because they are mainly imported from the United States by a few high-end stores. We’re starting to see more of them in more mainstream grocery stores, but they remain quite pricey. That being said, I prefer to cook natural products such as beans, chickpeas, and vegetables that are very affordable.

My favourite spot was a place called Karma Café. They unfortunately had to close due to the coronavirus pandemic.

That would be Los Angeles. I cannot stop seeing news about new vegan restaurants opening there with culinary proposals that sound very exciting.

As mentioned before, the prices are a big problem, especially in a country where the wages are pretty low. But there is also a lack of education on basic nutrition principles that you will find in many other countries in the world.

Olivia Rafferty
Olivia is the Assistant Editor of The Vegan Review. An aspiring Middle Eastern correspondent currently studying journalism at City, University of London, she is passionate about the planet, she believes veganism is the first step to solving the complexities of climate change.
Previous articleIceland and Asda falling behind on pig welfare policies, says report
Next articleWorld Vegan Month: Being plant-based in Hong Kong