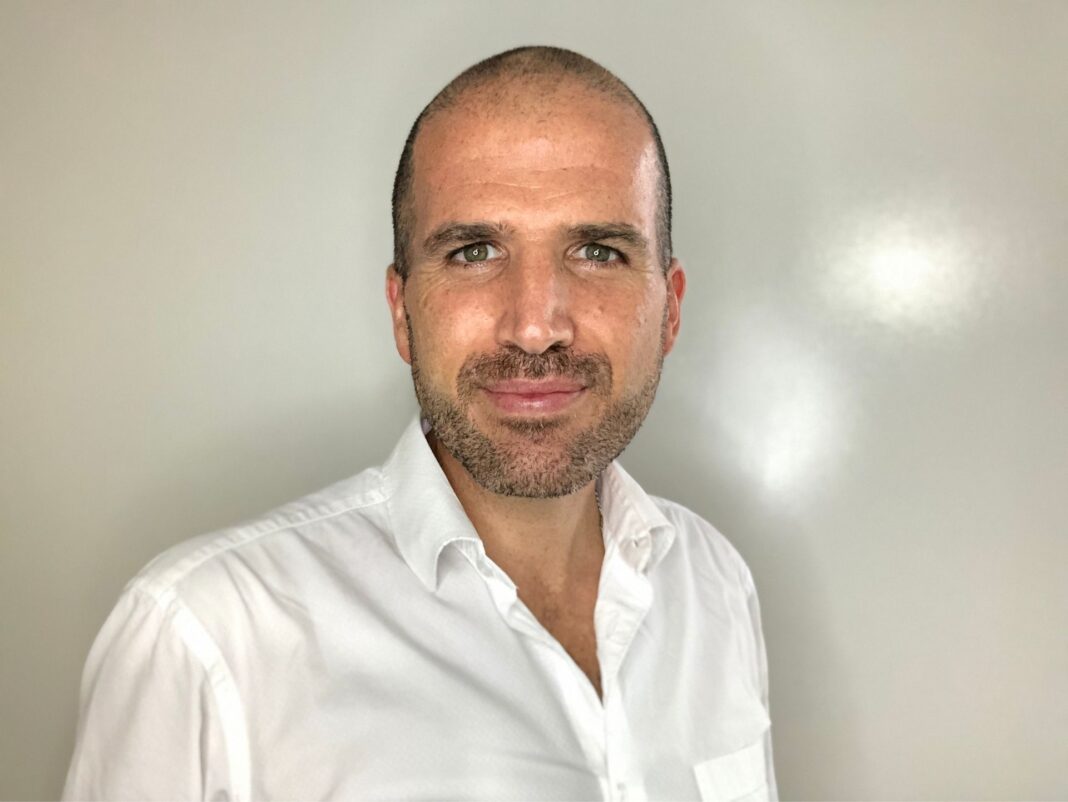 For World Vegan Month, The Vegan Review is sharing the stories of vegans from 30 countries around the world. Here’s one from Peru.

Juan Bautista Piqué, 44, is the founder of the company Un Mundo Vegano. Based in Peru, he went vegan in January 2019.

It was when I found out that cows were like mothers: they produce milk because they were pregnant. And seeing all the suffering the cows go through, and how their calves are taken away and mostly killed afterwards, made me make the total switch.

Since I was a vegetarian for 10 years, and read about the health issues, I knew it was totally possible to live without dairy, eggs, and the like. I also found out that cheese (which is what made me stick to a vegetarian diet, since I love the taste of it and didn’t want to take it out of my plate) created an addiction inside me (due to the casein), and so I understood that the ‘wanting more’ feeling when thinking of a cheese pizza was, in fact, an addiction. Now I still eat cheese pizza and hamburgers, but 100% vegan.

So, back in the beginning of 2019, I had more information on the compassion this provides to animals, as well as the health benefits, and I finally realised the impact on the environment, as a vegetarian eating milk and dairy. So it was a win, win, win situation. Excellent option.

When switching to a vegetarian diet, the greatest challenges were what I could eat, and the pressure around family and friends (no one around me ate this way). But I felt good, so I decided to keep going.

When going vegan, there were still some comments from my family and friends, like: “Now vegan? That is extreme!” But my purpose was very clear: the animals. Diminish their suffering. When the ‘why’ is strong, the ‘how’ finds its way.

When going fully vegan, I was married and lived with my stepson. My wife supported me — she is not vegan, still eats meat from time to time, but has however diminished her consumption — and my stepson eats a lot of meat (he has an influence from his dad and other family members, who are heavy meat-eaters). However, we live in peace and we all eat our food choices. I am thankful because they support me and because I know this is affecting their food choices and habits.

My parents and sister (who live in Colombia) have also made some changes. My sister is now vegan (more for health benefits, since her fibromyalgia has diminished after changing the diet). My mom is more of a flexitarian, since she has also seen the health benefits. And when we all get together, there is always a vegan option.

Doctors like Dr T Colin Campbell, Dr Michael Greger, Dr Neal Barnard and Dr Diana Esguerra have inspired me and given me information to understand the health benefits of veganism.

Stephanie Redcross, founder of the Vegan Mainstream Village community, has also inspired and helped me connect with other vegans around the globe. Shawn Stratton (founder of the International Vegan Film Festival) has showed me more of the vegan movement around the world through the movies shown in the festival.

Read our exclusive interview with Shawn Stratton about this year’s vegan film festival.

I have veganised many Peruvian dishes. For example, Aydith, who helps us cook at our house, and has become a self-taught part-vegan chef, made lomo saltado (originally with beef and spices, rice and french fries) vegan by using soy-based meat. Also, you can veganise the popular ceviche Peruano (originally with fish) using mushrooms.

More vegan cheese options. I see delicious options, for example, Miyoko’s products and all the vegan options from chef Derek Sarno (from Wicked Kitchen). Regarding whole food options, Peru is a paradise. There are so many fruits, vegetables, legumes, cereals, etc. It’s just a matter of information to know how to combine them to make delicious meals.

Peru is famous worldwide because of its food (many not vegan), but what I have discovered is that Peruvians cook really well, no matter. So even if you use vegan options, it tastes good.

For processed foods (meat-like options, vegan cheeses, etc.), it’s not cheap. It is something a small percentage of the entire country could afford.

But with whole foods, there are so many options. For example, Peru has 4,600 different types of potatoes. 4,600! That is a lot of different options when thinking about a potato.

I like the vegan restaurant SANA in Lima (the capital of Peru), which has really good options, ranging from a regular and delicious vegan burger to a more elaborate and unique vegan lasagna. The chef, Orlando Coral, is very creative and passionate about his craft.

I love the vegan Snickers from Espressate Vegan. Another place to go when trying veganism in Lima is Veda, located in the touristic district of Miraflores.

I want to go to San Diego, California. I see many options and a thriving culture around veganism.

Cultural beliefs — the number of people in Peru who think it is not possible, healthwise, to be a vegan — and the lack of consciousness regarding all the suffering that happens. I believe every human being is compassionate, it is just that people are blind to the fact that the food they are eating is creating harm. Sometimes, this blindness is conscious: people may see what happens to a pig or a cow before it’s on their plate, but still they eat it. They make a conscious mental block of this situation, are just moved by their senses and find it hard to discover other delicious options.

People can be attracted to experience veganism through their tastebuds. When delicious food is put on their plate, they don’t care if it’s vegan. After they try it and it’s confirmed that they can eat delicious food and be vegan, there is a new vegan born.

Olivia Rafferty
Olivia is the Assistant Editor of The Vegan Review. An aspiring Middle Eastern correspondent currently studying journalism at City, University of London, she is passionate about the planet, she believes veganism is the first step to solving the complexities of climate change.
Previous articleA beginner’s guide to a vegan diet: Tips for getting started
Next articleCulture clashes and dinner disasters: Returning to Italy as a vegan