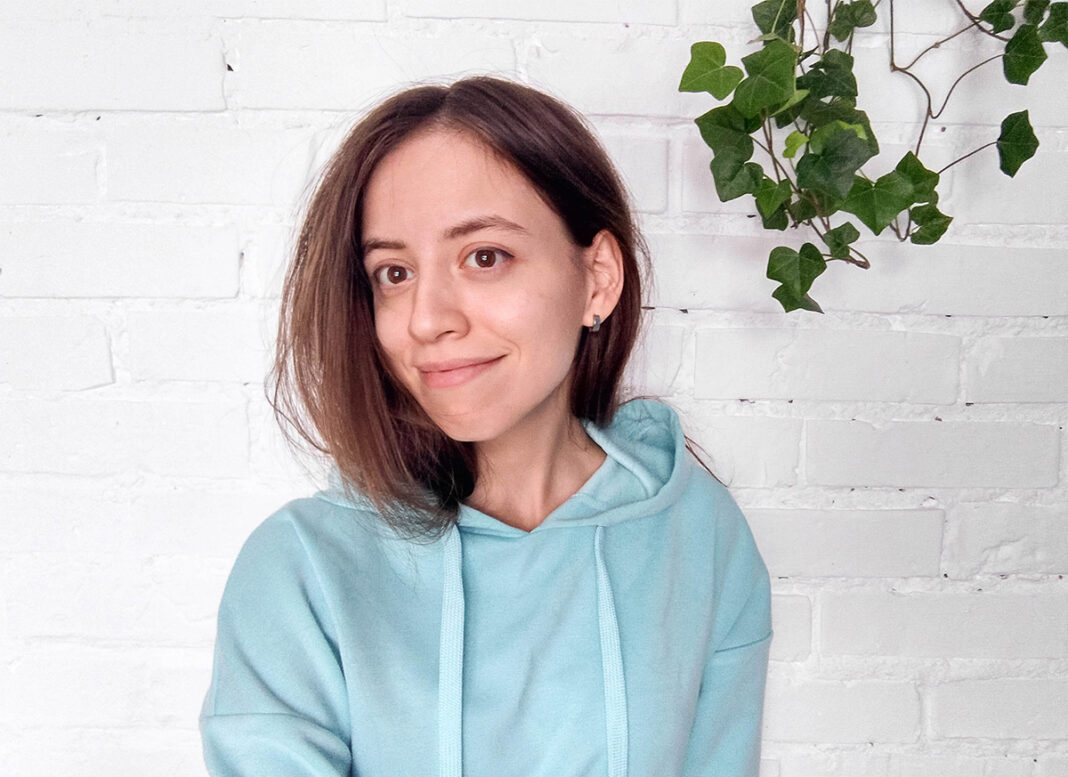 For World Vegan Month, The Vegan Review is sharing the stories of vegans from 30 countries around the world. Here’s one from Russia.

Ekaterina Bondarenko, 24, is a designer and co-founder of Veggie People from Russia.

I became a vegan mainly for animal ethical reasons. I read philosophical books and was attracted to certain concepts, such as the concept of non-causing suffering from Buddhism. Later, I also learned about environmental issues. I wanted to reduce the amount of suffering in this world practically and stop being part of toxic industries in every sense. So being a vegan is the least I can do.

The biggest challenge for me was the lack of understanding and support from my family and friends. But soon, I stopped being upset about it and the people around me started taking me seriously. It was also great difficulties with food, or rather, to diversify it. Nine years ago, we didn’t have a single well-known vegan store in Russia, especially outside of the capital (I live in Yekaterinburg). Vegan products were considered underground: tofu, soy meat, vegan sausages — all this appeared much later.

I was living with my parents when I became vegan. Of course, they took it negatively and were worried about my health. They were sure that my veganism was not serious but soon they became convinced of the opposite. They learned more about veganism and started supporting me.

I have a long list of influencers, some of them include Melanie Joy, Ed Winters, Katrina Fox, Joseph Poore, Paul Watson, Tobias Leenaert, Yuval Noah Harari. And of course, my boyfriend, who always supports me. Together, we’ve made an online project, Veggie People, where we talk about many vegan influencers.

I like to cook a lot of different dishes, from Italian pizza to Japanese rolls. Most often we just invent recipes on our own or adjust it to our taste.

We veganise our local traditional dishes such as borscht, dumplings, okroshka, pies and pancakes with different fillings.

In fact, I’m quite happy with the variety of vegan products that are available to me now. The only negative is that all of this located in specialised vegan stores in the city centre. I don’t use cosmetics, so I almost didn’t face difficulties with their availability.

The market in Russia for vegan products is actively developing and we have almost the same products as in Europe. But unfortunately, this only applies to major cities at the moment. I’m lucky: my city, with over a million people, already has several vegetarian cafes and shops, and also one vegan bakery. I would like to see vegan products on the shelves of regular supermarkets, not only in highly specialised places.

I usually don’t eat out. But if I were to eat out, I would choose GoBakery — the only fully vegan place in my city at the moment.

My boyfriend and I are vegans on a motorcycle. We travel a lot and find vegan discoveries in almost every city. In our project, Veggie Rider, we talk about vegan travel. However, I have never thought about any specific cities that I want to visit as a vegan. I think that list would include Singapore.

I’ve also heard that Berlin is really good for vegan food and has many vegan restaurants. I’ve actually been there once before, but back then I wasn’t vegan.

Many people in Russia still don’t know what the word ‘vegan’ means in general, many people mistake it for vegetarianism. But despite this, the number of vegans in my country is growing. I think we lack effective cause-based marketing campaigns aimed at raising awareness. And of course, we want to see more local companies that change meat, not people — I’m talking about local producers of quality vegan products.

Read our in-depth story about veganism in Russia.

Olivia Rafferty
Olivia is the Assistant Editor of The Vegan Review. An aspiring Middle Eastern correspondent currently studying journalism at City, University of London, she is passionate about the planet, she believes veganism is the first step to solving the complexities of climate change.
Previous articleJuliet Gellatley on vegan charity Viva!’s motivation, mission and vision
Next articleMiomojo’s Claudia Pievani: ‘Sustainability costs more, but that’s okay’