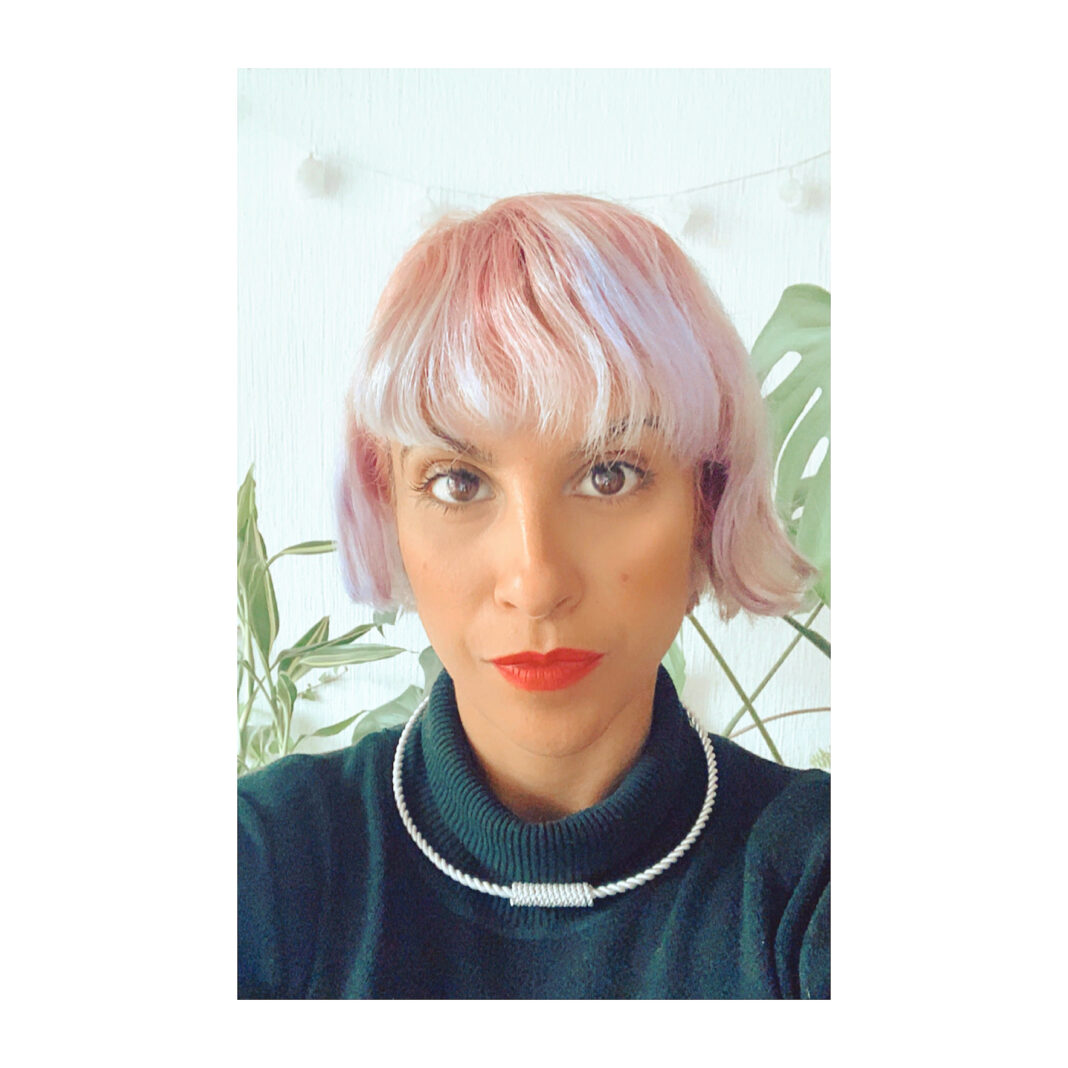 For World Vegan Month, The Vegan Review is sharing the stories of vegans from 30 countries around the world. Here’s one from Spain.

Samia Glam, 35, is an interior designer and lightworker from Spain.

She went vegan over three years ago, in September 2017. “My ex-partner and I decided to go vegan together,” she recalls. “We went from a flexitarian diet to a vegan one, and it took us about a month to adapt to the new lifestyle.”

For the animals, for the environment and my own health. I think these are pretty good reasons, and I wonder: why are people not vegan?

The biggest challenge was (and sometimes still is) to go out for dinner with other people to a restaurant or their home. Sometimes I cannot find any vegan options, so I have to adapt and be open to a vegetarian meal that might include some eggs or diary.

My mum freaked out when I told her, even when she mostly eats vegetables and legumes. My dad asked me if I was feeling better. Some of my friends were surprised and curious.

They mostly accepted it really well when they processed it (though it took a while for some people). Some of them asked me how to cook vegan recipes. Others still ask me sometimes if I eat fish.

Read our interview with BOSH!’s Henry Firth and Ian Theasby.

My speciality is vegan tacos. I love to veganise many kinds of dishes such as vegan tuna sandwiches, meatballs, stroganoff, buffalo wings, fish and chips, scrambled tofu, etc.

I’d like vegan food to be more accessible in mainstream supermarkets in Spain. They are slowly including more products, and I think it’s really good to have options such as different milks, dairy-free cheese and yoghurt, vegan mayo, plant-based sausages and ham, vegan pizza and burgers, etc.

They’re okay, not more expensive than meat. A vegan diet can be really cheap when you eat basic whole foods like veggies, legumes, nuts and seeds. If you add processed food to your diet, it is not only more expensive, but also not great healthwise.

I love a restaurant in Marbella called Organic. It’s not purely vegan, but it has plenty of vegan meals and pastry. And it’s great to go with non-vegan people because they don’t feel forced to eat vegan, even though they do it many times.

London has great options for vegans. Also, in Germany, they’re very open. I’d say that Barcelona is the most vegan city in Spain.

People still believe that the happy cow photo in the meat and dairy packaging is true, and they don’t want to face the reality. I’ve experienced some tension from people when I say I don’t eat animals; they bring out the protein myth, the price myth, they would never be able to quit this or that, etc. They expect me to be judgy with them, but I’m not.

I’ve also walked that path and I understand that not everybody is prepared to go fully vegan, but many people around me are being more conscious about meat consumption and cutting it off slowly. I think that’s already a win.

Juanele Villanueva
Juanele Villanueva is a freelance journalist passionated with Environment Affairs. He is originally from Spain and started to be interested in the Environment and sustainability when he was in his masters at the University of Salford. His goal is to share stories which change the general belief that being eco-friendly is just for wealthy people. Moreover, the vegan diet is the easiest step that everyone can do to reduce its environmental footprint. He is also interested in conservationism, recycling, renewable energies and environmental policies
Previous articleYouth and Environment Europe shows how climate change affects public health
Next articleDon’t fear ‘the talk’: how to tell someone you’re vegan