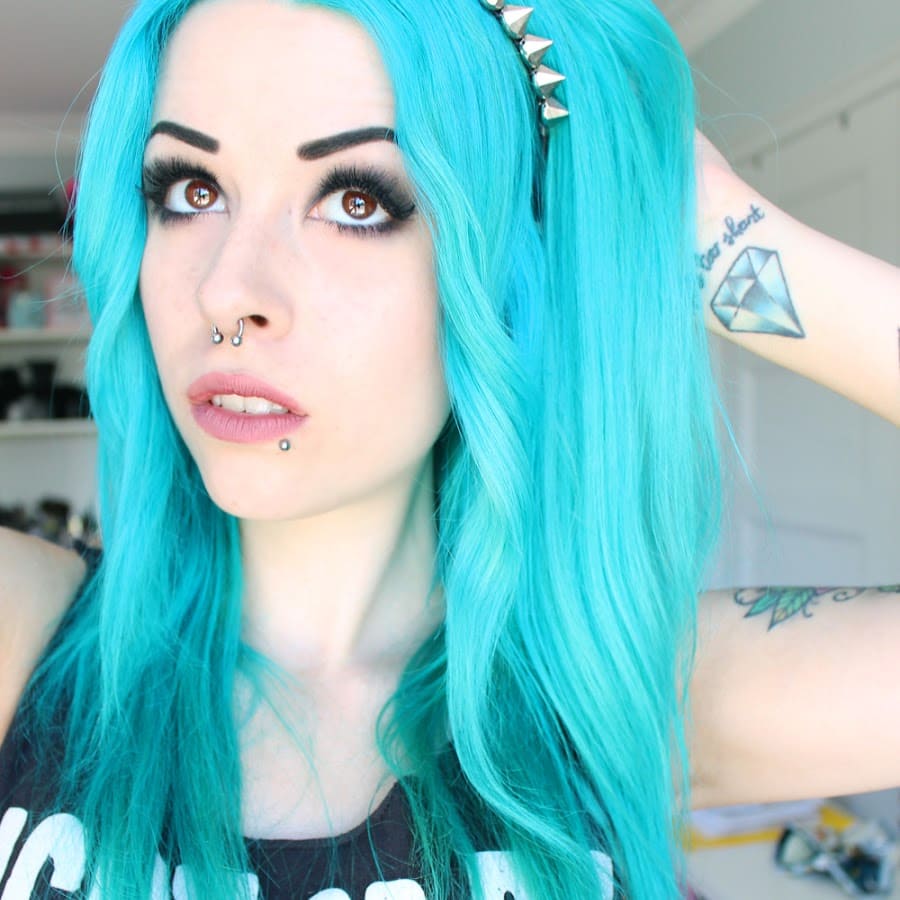 For World Vegan Month, The Vegan Review is sharing the stories of vegans from 30 countries around the world. Here’s one from Sweden.

Moa Murderess, 26, is a vegan YouTuber from Sweden.

I stopped eating meat six years ago after I watched a video of newborn chickens being ground up alive. After that, I started to do research about the animal industry and realised how messed up it is and how billions of animals suffer each day.

The biggest challenge was to learn which ingredients were not vegan. The E numbers were the hardest.

No one really supported me in the beginning. I was kind of ridiculed and was always told: “Don’t be such a baby and eat some meat.” But after a while, people close to me accepted my choices and now, a few years later, many of them even eat vegan sometimes.

I follow many vegan Instagram accounts that keep me inspired to speak up more about this. I’m also a member of a few vegan Facebook groups where we discuss different topics.

Oh, I have been veganising everything I ate before. I eat exactly the same food as I did before I went vegan. The only difference is that my food doesn’t contain dead and tortured animals.

In Sweden, we literally have almost everything. The only things I miss are a few sauces and funnier flavours of ice cream.

If you live in the city, you can find everything. There are so many new vegan products that I don’t even have time to try them all. And of course, some vegan products are more expensive than non-vegan products. But that’s all because of demand. The more people who buy vegan, the cheaper it will be.

Hmmm, it’s hard to just choose one. I like the restaurants Greasy Spoon, Hermans, Bastard Burgers and many more. We also have a supermarket in Sweden that only sells vegan products. It’s called Goodstore.

I’ve heard that Berlin is really good for vegan food and has many vegan restaurants. I’ve actually been there once before, but back then I wasn’t vegan.

Farmers and meat-eaters. They do everything to try to stop veganism. And also the EU recently voted that vegan alternatives to cow’s milk should not be called milk. The packaging must also not resemble cow’s milk packaging. It will also be forbidden to write that a vegan product is milk-free and now, vegan products can’t label how climate-smart they are. And that’s fucked up.

Read our story on the labelling ban on dairy alternatives.

Amy Buxton
Amy is a committed ethical vegan, raising a next generation compassionate human with her husband and their beloved dog, Boo. A freelance writer with a background in PR, she decided to use the COVID lockdown period to refocus her client base and has come to The Vegan Review as a senior writer and editor, before moving into her external content director role. "What we should be doing is working at the job of life itself" is Amy's mantra, courtesy of Tom from The Good Life.
Previous articleGen Z shows a disconnect between plant-based and vegetable-rich eating
Next articleLet nature be: Rewilding Britain on tackling climate change