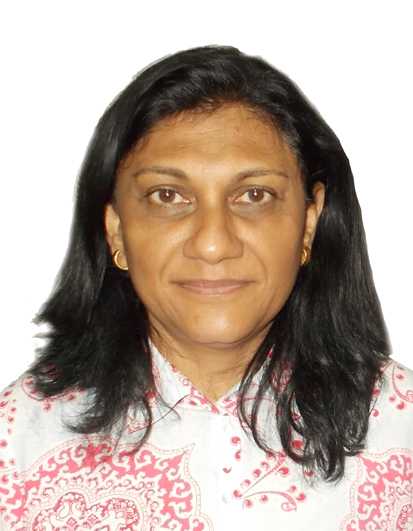 For World Vegan Month, The Vegan Review is sharing the stories of vegans from 30 countries around the world. Here’s one from Tanzania.

Nishma Shah, 54, is a homemaker from Tanzania.

She went vegan in 2015. “Kiswahili is the national language of Tanzania,” she says, “but ‘vegan’ as a word does not exist in its dictionary, as the locals are hardcore meat-eaters.”

A friend of mine introduced me to the concept of veganism. She mentioned how cow’s milk contains pus cells and how they are treated badly, given steroids and artificial impregnated. All this made me think whether I really want to continue consuming milk, considering milk contains pus cells and how the cows are treated. Although one person will not make a difference to cruelty to cows, vegans at large can make a difference.

I did not face any major challenges in transitioning to veganism, as I was born a vegetarian and for almost 10 years prior, I had not consumed cheese, which is the toughest to avoid for some people. Initially, I did miss my yoghurt but now I make my own cashew yoghurt.

My family did not object to me turning to vegan. They were all very supportive. When we go on holidays, they look up for vegan and vegetarian restaurants. They adapted very well.

My friends are my influences for veganism, two are based in the UK and one is based in Tanzania.

I love to cook Mexican food, especially tacos. I replace sour cream with cashew yoghurt. A majority of local dishes are coconut milk-based, and are thus vegan.

Vegan ice cream. I used to love my ice creams!

I would like to visit Israel, as it’s got the highest number of vegans, and there are many restaurants that cater to vegans.

Check out our story about the rise of vegan weddings in Israel.

Tanzanians are meat-eaters. And thus, there isn’t much awareness about veganism.

Read our in-depth story about veganism in Tanzania.

Olivia Rafferty
Olivia is the Assistant Editor of The Vegan Review. An aspiring Middle Eastern correspondent currently studying journalism at City, University of London, she is passionate about the planet, she believes veganism is the first step to solving the complexities of climate change.
Previous articleMiomojo’s Claudia Pievani: ‘Sustainability costs more, but that’s okay’
Next articleNestlé and JDE set up the first UK-wide coffee pod recycling scheme