World Wildlife Day: the value of whales and our oceans below 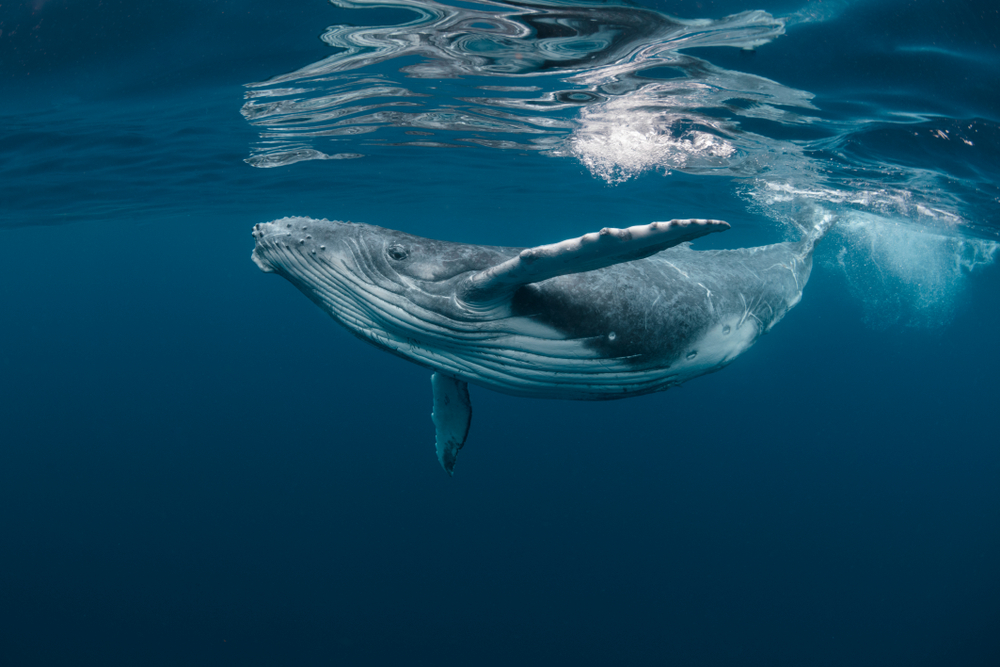 This World Wildlife Day, we take a look at the importance of wildlife in biodiversity and our fight against climate change. Most importantly, the worth of whales.

As a child, marine conservationist Rebecca Daniel was obsessed with dolphins. Her bedroom walls, curtains and bedsheets were all dolphin-themed. But after going on a night dive to a manta ray feeding spot in Hawaii in 2017, she’s equally as fascinated by the manta ray. “Staring into the eye of a manta ray as it barrel-rolls over you to filter out plankton in the water column,” she says, “you get the feeling that it is completely aware of you.” She was struck by how much spending time with this creature made her understand just how intelligent it is.

Co-founder and director of The Marine Diaries, Daniel is one of the many who has used her encounters with wildlife to better understand how animals could help us solve our biggest issues. This year marks the eighth annual World Wildlife Day, when the UN celebrates and raises awareness of the world’s wild animals and plants.

Though this year’s theme is Forests and Livelihoods, research shows the value great whales have over trees. Over a lifetime, whales can accumulate an average of 33 tonnes of carbon in their bodies. Even if a tree lives 100 years, it’ll only absorb around 4.2 tonnes.

#WorldWildlifeDay: For centuries, forests have acted as a safety net for hundreds of millions of people, providing sustenance, fuel and medicines, and feeding animals that communities depend on when crops fail. Learn more: https://t.co/2HEsOkIYGG #ForestsPeoplePlanet #WWD2021 pic.twitter.com/I2Nsy8j2dg

“David Attenborough has helped show how beautiful, amazing and intelligent these creatures are,” says Harry Wright, founder of The Conservation Project International. “They are great in our tackle against climate change and this needs to be portrayed, so it’s understandable by the general public and it forces the hand of governments.”

Read our exclusive interview with Harry Wright, founder of The Conservation Project International.

Whales are not the only species capable of such action. Seagress beds, mangrove forests and kelp have massive potential in storing carbon. Though seagrass beds only cover 0.1% of the ocean’s surface, they account for 10% to 18% of its total carbon storage. This is twice the amount of terrestrial forests. On a smaller scale, phytoplankton are also capable of sequestering carbon from the deep ocean.

Wright believes there needs to be a shift in where we place our cultural values. Using the Mona Lisa, the colosseum, and the Notre Dame as examples, he says: “We should be thinking about the Serengeti the same way we think about the Mona Lisa.”

When the Notre Dame burned down, we felt we could identify with the culture, and if the London art gallery were to burn down, we’d feel that same sadness. He highlights the beauty of Sumatra, the last place on Earth where orangutans, elephants, tigers and rhinos all live together. “It’s an incredible place,” he says smiling. “But it’s under a lot of pressure from palm oil, deforestation and indigenous infringements on human rights.”

One way we can understand the value of wildlife is by looking at the benefits they can bring to us as humans. For depredated forests, animals are key to regrowth. “When animals come in and go to the toilet, or share their pollen, it helps them grow back,” Wright explains. “With better forests, you have better local communities, carbon capture and so on.”

Daniel reminds us of grazing animals too, and the way their faeces can provide nutrients to other organisms, influencing the food chain through trophic cascades. As we are to blame for the sixth mass extinction currently underway, through relying on nature for entertainment, recreation, art inspiration, and medicine, the marine conservationist believes human beings should be the ones to reverse things.

Extinction is a huge issue that needs to be addressed too, as the removal of one species in an ecosystem leads to challenges felt throughout the whole ecosystem. “But, by choosing to save one endangered species, we inherently save the ecosystem in which it lives. Thus, we protect other species too,” says Daniel.

A post shared by The Conservation Project Intl (@tcprojectint)

Otherwise, she explains, when it comes to habitats like coral reefs, which support thousands of species, the direct economic value the reef as a whole provides through tourism and fisheries is lost.

Wright uses our mobile phones as an example of looking at the bigger picture. Looking at where our phones come from and the implications of their creation on the environment and local communities could help us draw a line between other knock-on-effects in life.

“This pandemic has shown that the global economy is very fragile,” he says. “And there’s no vaccine for destroying the environment.”

Daniel says to start communicating the importance of our wildlife, we need to view it as something that can’t constantly be taken from with no consequences. Giving the manta ray a $1 million-label is good, but it doesn’t mean anything to the average person. She underlines storytelling, key to influencing the masses. Whether it’s in a photo, a video, audio, or a book, weaving wildlife into a story will create a connection between people and animals for longer.

Olivia Rafferty
Olivia is the Assistant Editor of The Vegan Review. An aspiring Middle Eastern correspondent currently studying journalism at City, University of London, she is passionate about the planet, she believes veganism is the first step to solving the complexities of climate change.
Previous articleVegan challenges: campaigns to help people go plant-based
Next articleIsraeli startup makes meal capsules from unwanted vegetables