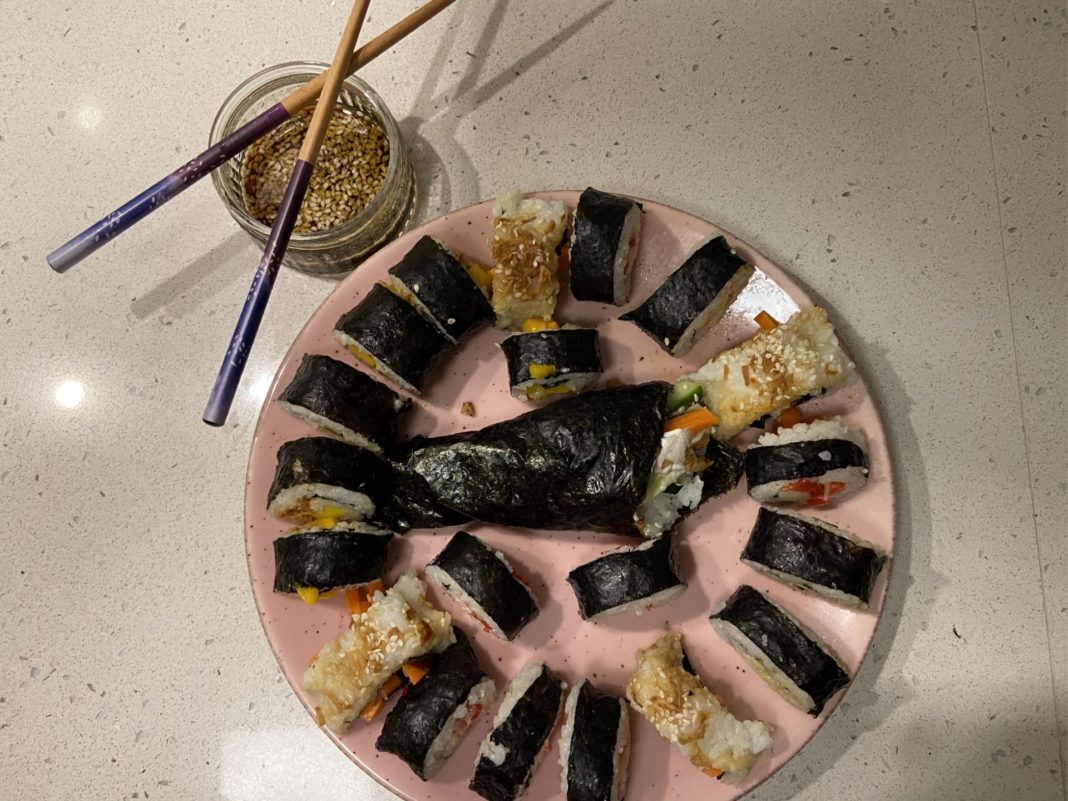 Before transitioning to veganism, sushi was my all-time favourite meal. YO! Sushi’s Rolling Kit proves homemade vegan sushi can be just as good.

Lockdown expanded my culinary horizons like never before. As well as going raw vegan for a week, and experimenting with plant-based recipes from across the world, I recently tried making vegan sushi for the first time.

In 2012, after watching Food, Inc., I tried to become vegetarian. But after my parents voiced their concerns on protein deficiency, I settled for pescetarianism. That was also the year I was introduced to sushi, which got me through the next five years of a meat- and dairy-free life. All-you-can-eat sushi restaurant outings rapidly became a weekly ritual.

After going vegan in January 2019, though, that affair ended abruptly. Years of no sushi later, YO! Sushi’s Rolling Kit showed me that homemade, plant-based sushi could offer the same experience. This time, it’s healthier for my body and the planet. 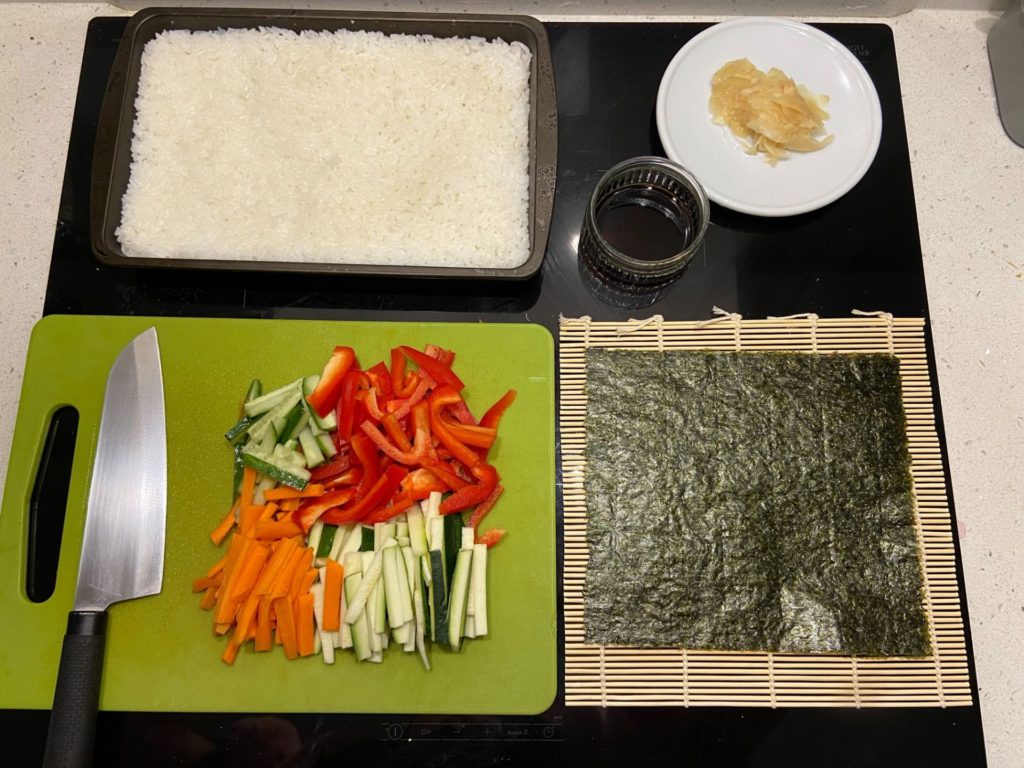 The kit, which costs £18, includes all the fundamental ingredients for a variety of sushi. This being 250g of sushi rice, 10 sheets of roasted nori, a 43g tube of wasabi, a small pack of pickled ginger, a 150ml bottle of soy sauce, a 100ml bottle of sushi flavoured rice vinegar, and a rolling mat.

Prior to making the rolls, it’s handy to set aside a good hour for prep. To obtain the perfectly sweet, sticky rice that sushi rolls are renowned for, it’s vital you get this first step done perfectly. I submerged the sushi rice in a colander in cold water and massaged it until the water turned milky-white. Then I emptied the bowl and refilled it with fresh, cold water.

I repeated this three times over the next half hour. Then, I placed the rice into a deep pan and submerged it in roughly 400ml of water. Covering it with a lid, I brought it to a boil and let it cook for five minutes. Then, I turned down the heat and left it to simmer for a further 10 minutes. After the liquid had evaporated, I took the pan off the heat and let it cool for 10 more minutes.

Once cool, I transferred the rice to a shallow oven tray and used a spatula to fold in 75ml of sushi rice vinegar. I left this for about three hours so it could be moulded more easily later on.

While I chose to do this in advance, the kit’s instructions say it can be done right before rolling. The rice alone was the right balance of sweet and salty, and wasn’t too mushy.

For the filling, the kit only suggests types of fish, which I, of course, cannot use. I went for a mix of carrots, zucchini, cucumber, mango and a red bell pepper: a concoction of fridge leftovers. Avocado would’ve been ideal, but my local Asda was out of those, so I had to improvise. The instructions were not precise about how many portions this amount of food would make, so I had to eyeball all the fillings.

Rolling the sushi was, surprisingly, the easiest part. YO! Sushi’s rolling mat was a perfect aid in achieving the desired square-log. The roasted seaweed in this recipe has a sticky texture, which comes in handy when closing the roll — it seals like a parcel. 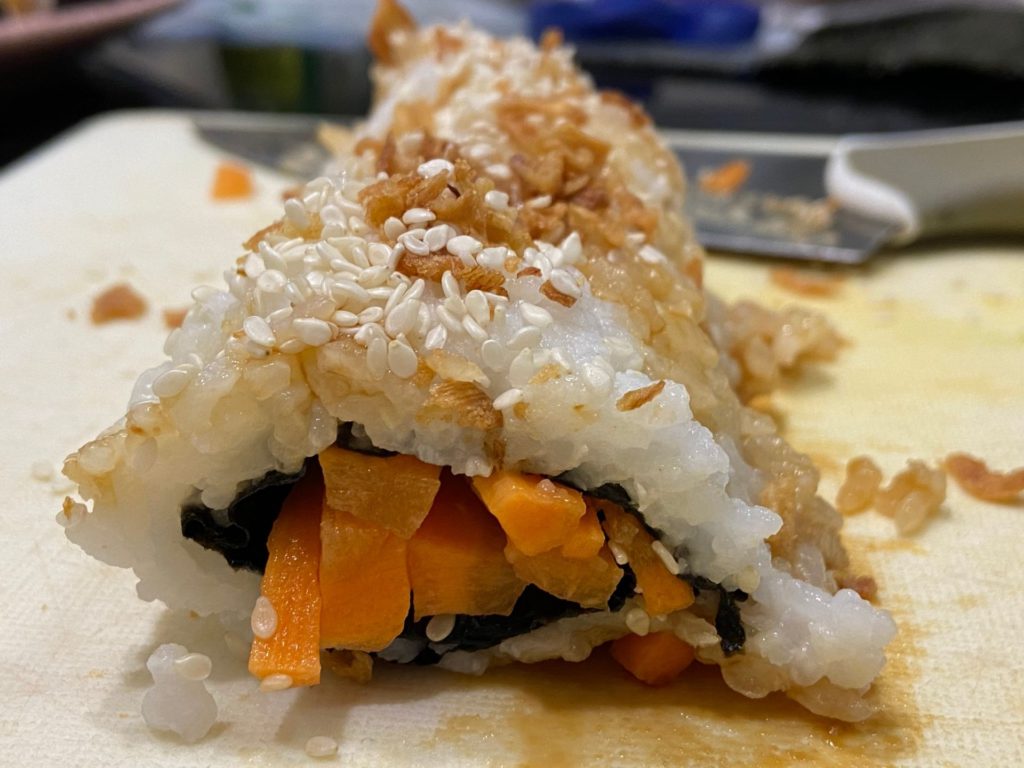 While rolling and closing were easy, slicing the rolls into separate pieces was a nightmare. A sharp, thin, large sushi knife is highly recommended here. However, it cannot ensure a 100% success rate. Of the 30 rolls I made — about 20 were presentable.

The hardest rolls to make were the uramaki. I wasn’t able to slice a single one without it collapsing, but this might have been due to the filling. For this style of sushi, I’d suggest using something soft like mango. Carrots are too hard, and tend to fall out a lot easier when slicing. While the temaki cone may look good on camera, this was very difficult to roll. The instructions were not specific enough, and meant excess seaweed had to be ripped from the bottom. 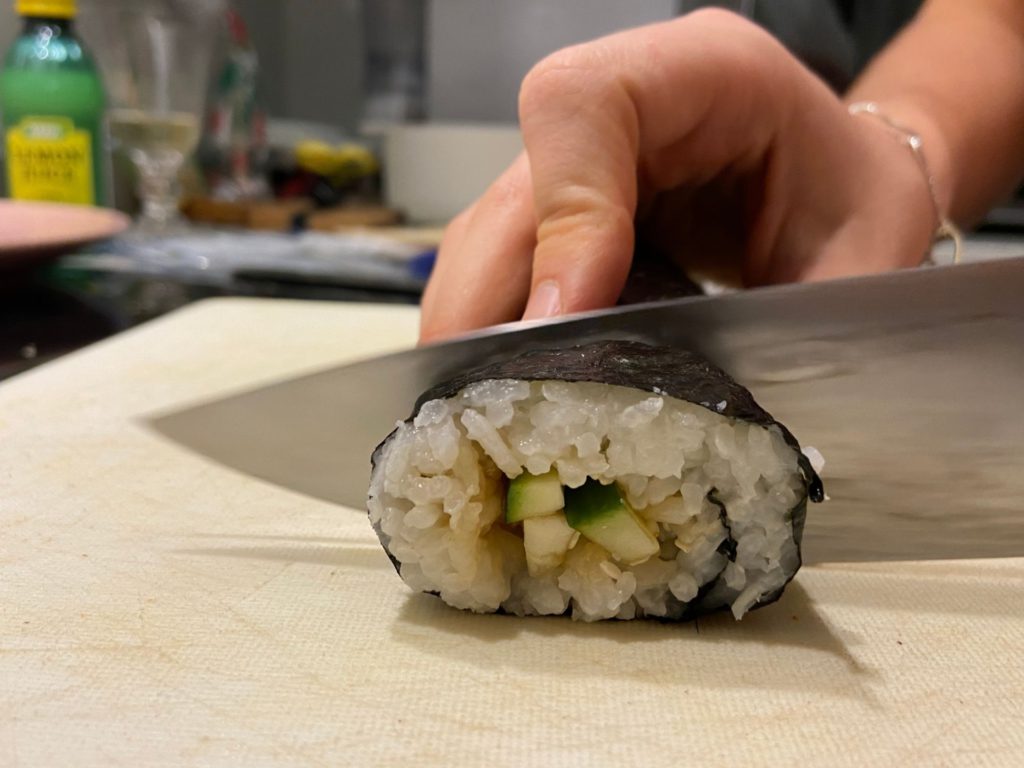 While this kit might not give you the most aesthetic results on the first go, the final result does not disappoint the palate. The rice, when cooked as instructed, is sweet, salty and soft to the touch. It coats the vegetables nicely, and provides a nice contrast to the crunchy seaweed.

Though I chose to make more of the futomaki rolls, the tastiest rolls were my failed uramaki. Biting into a crunchy filling, embraced by the salty seaweed and coated in soft, sugary rice, makes for an exquisite mouthful. If you’re newly plant-based and looking to make vegan sushi, the best filling for these rolls are mango, crispy onions, vegan mayonnaise and a drizzle of sesame oil. Serve these with a dot of wasabi and a layer of pickled ginger, and you will be sure to wow your guests. 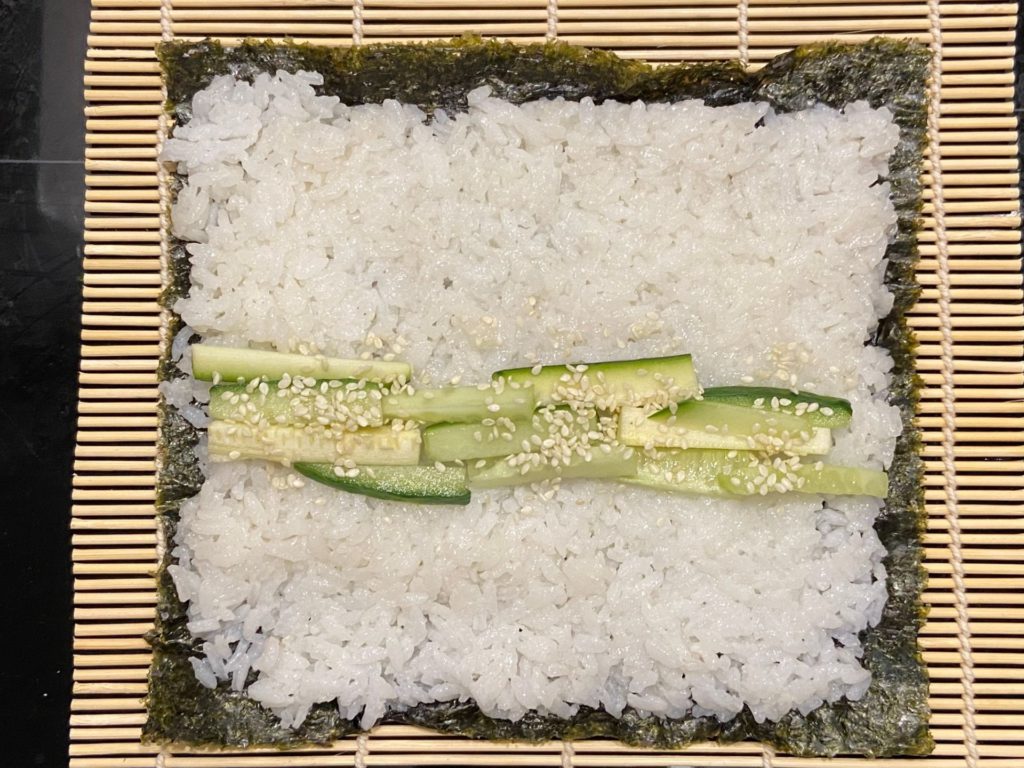 When all the rice was gone, and the sushi was rolled, I had a substantial amount of vegetables leftover. So, I made a sesame, soy sauce and fresh vegetable salad.

But nowhere does the kit say how long everything will take, or the quantities needed for a typical serving. Here, there was enough food for two people, and I used 250g of sushi rice, with two medium carrots, one red bell pepper, half a courgette, five cubes of thawed mango and a quarter of a cucumber.

Overall, I was very proud of the final product. It’s an excellent kit for beginners, but if you want to perfect your technique — this might not be for you. The quantity and style of rolls you make is completely up to you, but one thing is for sure: you don’t need fish to make sushi a wholesome meal.

Olivia Rafferty
Olivia is the Assistant Editor of The Vegan Review. An aspiring Middle Eastern correspondent currently studying journalism at City, University of London, she is passionate about the planet, she believes veganism is the first step to solving the complexities of climate change.
Previous articleIndia’s farmer protests: fighting for their livelihoods and sustainability
Next articleThe relationship between veganism and the law of attraction