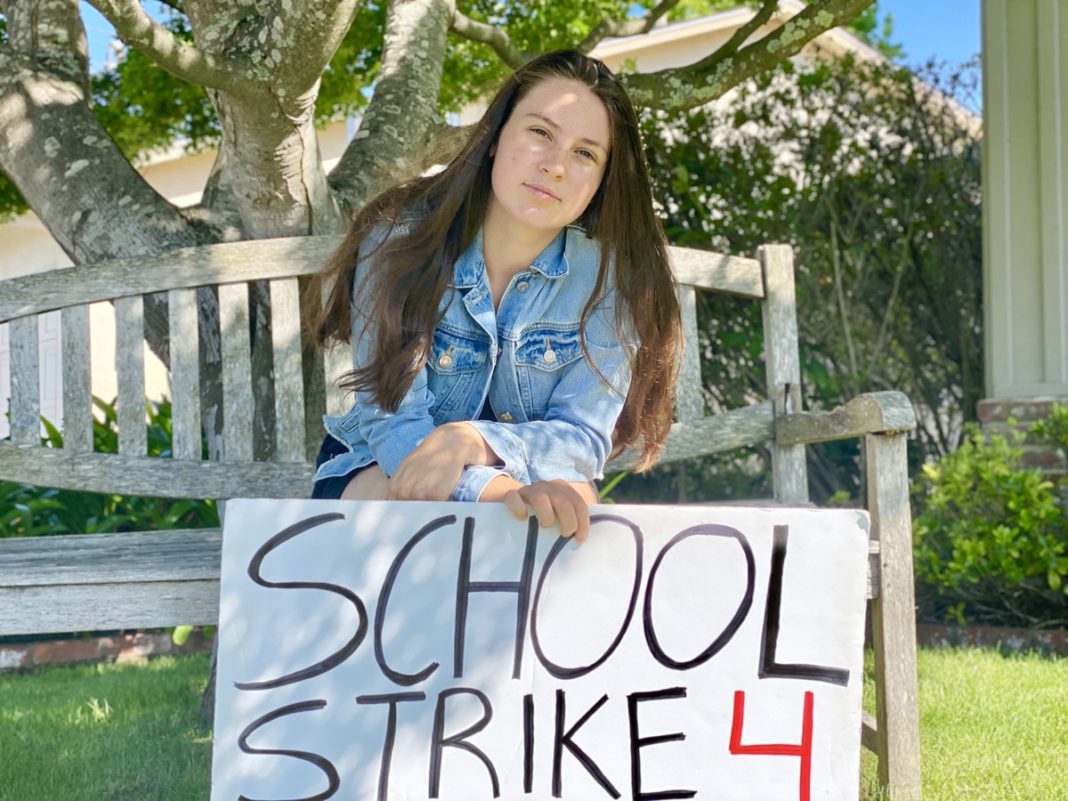 Loud, pink placards plaster the wall behind Sarah Goody, who is smiling through the screen from her bedroom in California. It’s a normal school day for her, which means Zoom classes and endless screentime. But unlike most students, she’s been up since the break of dawn, running Climate NOW, her organisation educating young people about climate change.

“Change lies in raising a new generation that cares about our environment,” says Goody. To have a chance at saving our planet, she believes in fostering environmental advocacy and compassion for the environment in children from a young age. This April, her organisation will be hosting a climate change webinar crash course for young people to learn about climate change. Four webinars will be held throughout April, with the final going live on Earth Day.

A youth-led organisation, Climate NOW brings together the voices of young people to influence other young people, which she believes is the best way to educate successfully.

Goody was 12 when her science teacher first linked the Californian wildfires to climate change. ”I’d thought it was a normal part of growing up here,” she says. “But it was in that moment, when I saw the direct connection, that I knew it wasn’t.” After linking this with other social justice movements, like racial justice and animal rights, she decided to enter activism. 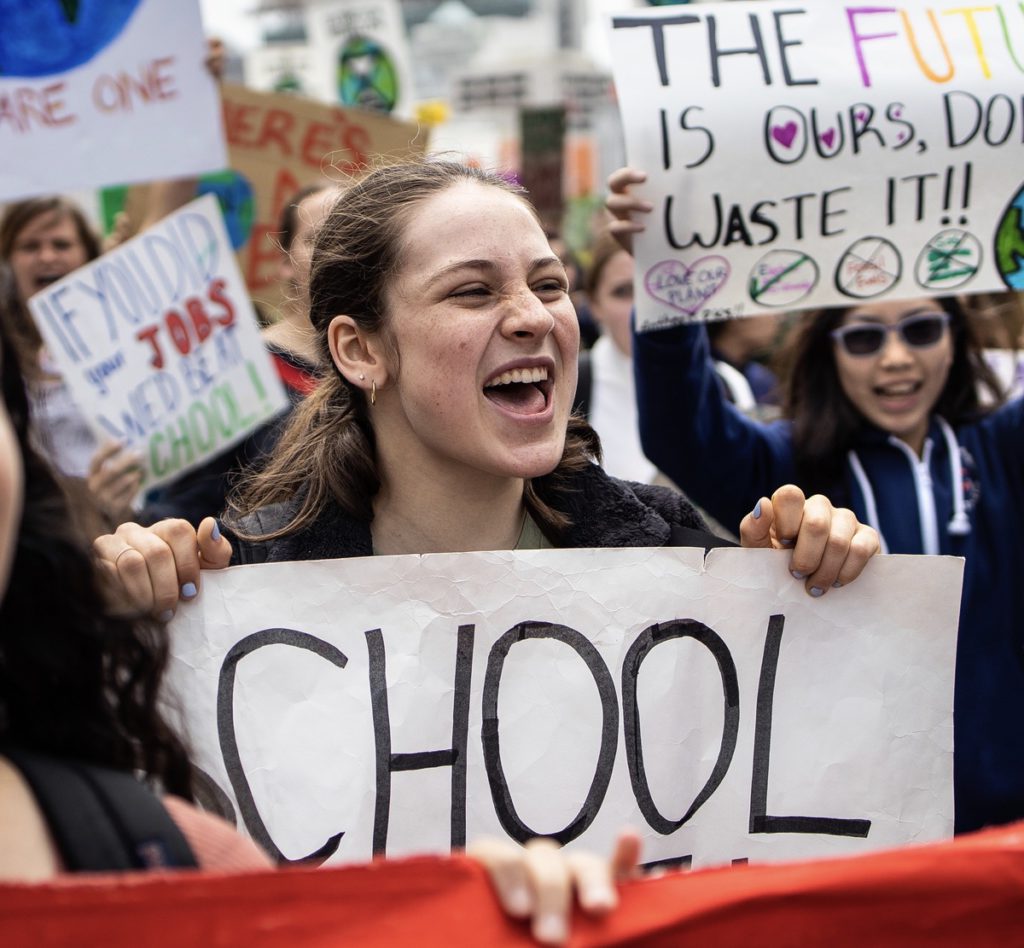 At home, she turned vegan — and helped her younger brother and parents transition too. Her parents then committed to electric vehicles, reduced their energy habits, and started going to secondhand shops. But, she says, the biggest impact her parents have had lies in emotionally supporting her through her journey in activism.

A daughter to a nurse and a real estate agent, Goody had no background in climate change or activism. But she’s managed to embed it into her home herself.

Goody soon felt inspired to start making a change when she started to realise how little her peers at school knew about the state of their planet. After talking to a selection of students, she found the general consensus was that they either didn’t know anything about it, or that they felt they couldn’t make tangible changes as individuals. So, she founded Climate NOW, which goes into classrooms around the world in person and virtually to talk about this issue. “To show them their voice matters,” she adds. 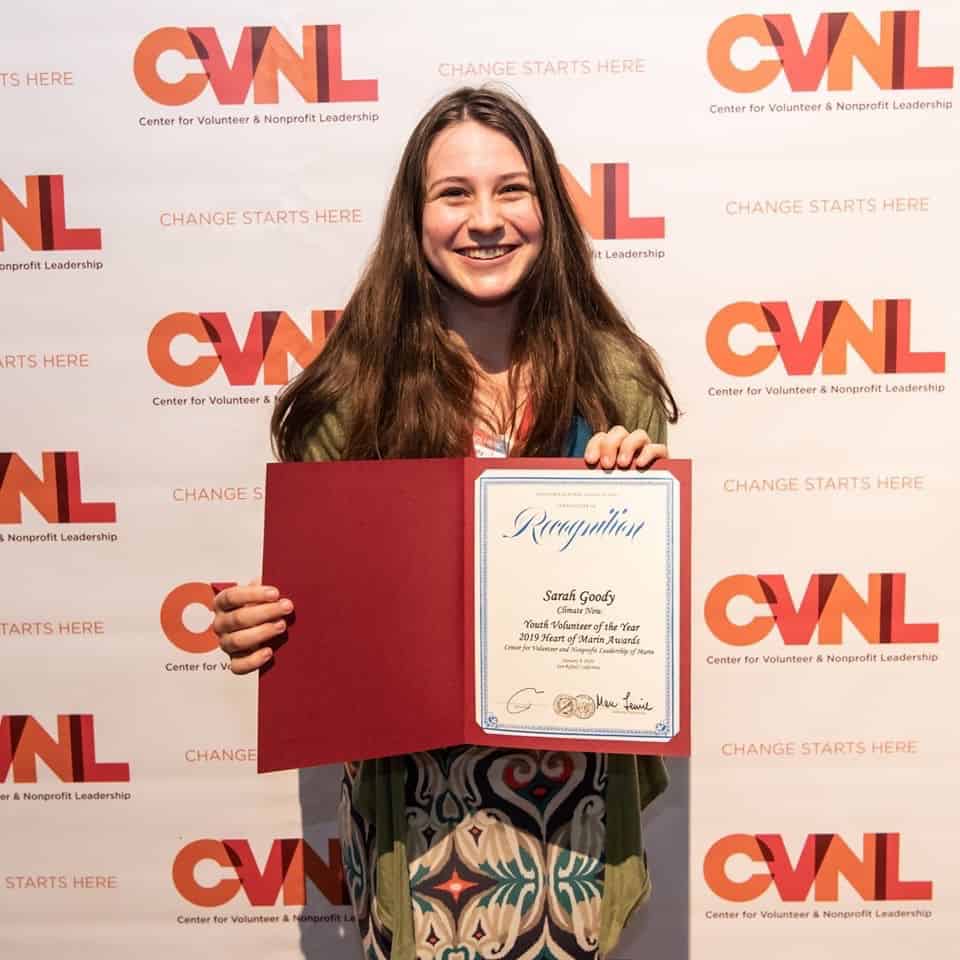 Goody is excited about Climate NOW’s upcoming webinars. Her crash course has been long in the works, following the cancellation of her planned protests on Earth Day 2020. Like many, the 16-year-old felt angry and mad at Covid. But over time, she’s grown to understand the benefits being stuck inside has brought her.

“It was a time of innovation,” Goody explains. She learned to pivot through her organisation. When Broadway first went dark, she gathered voices from the theatre industry to speak about climate change. While Climate NOW previously only held talks in schools local to Sarah, it now holds talks in hundreds of schools around the world through the Internet, allowing it to connect with a greater audience than ever before.

The pandemic also helped Goody feel more in tune with her own passions. The 16-year-old has been tap-dancing for over eight years, theatre is also a huge part of her life, and her passion for animals led her to spend five months of 2020 in Hawaii volunteering at an animal sanctuary.

The climate change activist is also a proud feminist, and feels women are the perfect leaders for the climate movement. “Because we’ve been ignored before and have seen how people judge us by our gender,” she explains. “Now we’re overcoming another barrier.”

Though she doesn’t know if her perfect job exists yet, she knows her career will be a mix of social justice, climate activism, and helping animals. She also hopes to be the female role model she never had. “I always saw people in power as white males,” she says. “But Generation Z is changing that narrative.”

Olivia Rafferty
Olivia is the Assistant Editor of The Vegan Review. An aspiring Middle Eastern correspondent currently studying journalism at City, University of London, she is passionate about the planet, she believes veganism is the first step to solving the complexities of climate change.
Previous articleAlt-protein sees record $3.1 billion investment in 2020
Next articleDrink me Chai’s The Vegan Cup review: instant comfort to the palate