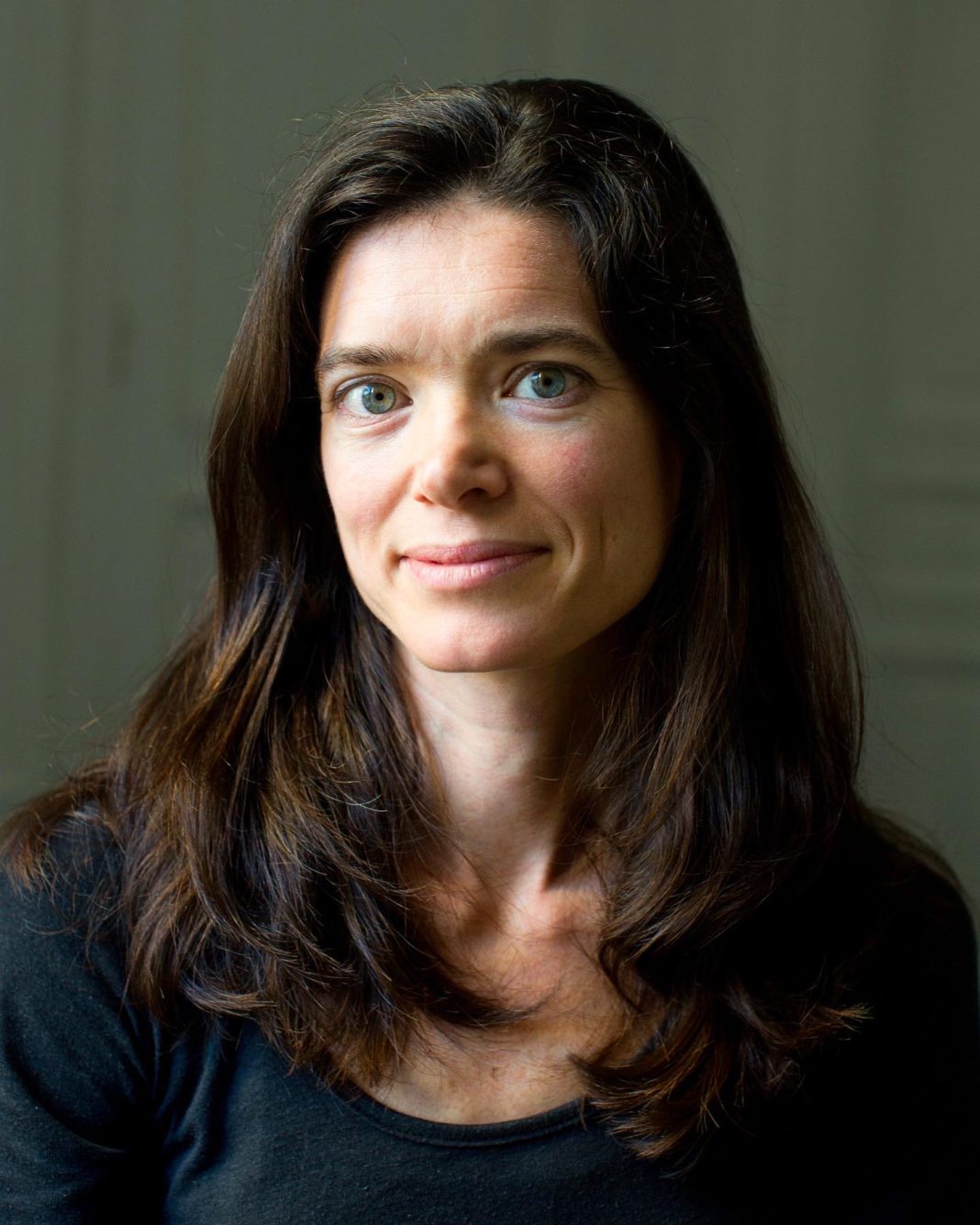 Tech leader Molly Webb has been working with climate change solutions her entire life. After switching from government to consumers, she’s finally on her way to solving our energy crisis.

“I will always be sadly obsessed with these issues,” says Molly Webb, founder of Yoyu Tech Ltd and Energy Unlocked. “It would be nicer to have an easier sleep at night.” The American entrepreneur has always held environmental issues at the forefront of her thinking. Growing up with “1970s hippies” for parents, on a farm with a mission to spread environmental education, it’s all she’s ever known.

From her living room in rural Henley, she is very excited about her vegan Christmas roast this year. Although she’s gone off it a couple of times, Webb has been vegan since the age of 19. The tech leader, who has now been in the UK for over 17 years, lived in various places around the world before that. Her earlier career was spent with policymakers, but more recently she founded Energy Unlocked and developed the Yoyu app.

She attended her first COP in 1997, led by Al Gore. “Back then, there was real hope an international process like this would stop climate change,” she says. Studying in Tokyo for a degree in Japanese at the time, she met an activist who invited her to intern at the Natural Resources Defense Council in the US.

The activist, who remained a good friend of hers, told her: “Molly, you’re always trying to help people do things that are harder. If you get people to hate something, it’s easier to stop it.” She smiles at this, telling me she’s always strived to make people feel positively about the change they can create.

In 2003, after living in New York City for a while, Webb decided she needed more. So she moved to London. There, she got a master’s degree in environmental policy, planning and regulation at the London School of Economics. The entrepreneur discovered a lot of policymaking involves clearing up messes, not avoiding them. “We needed to be more proactive to stop problems before they started,” she points out. A lot of our problems were a consequence of decades of systemic investment alongside individual daily actions. While it took her some time to warm up to the city, Webb found her people at The Climate Group. “And I haven’t ever left,” she says, smiling.

Looking back at the beginning of her career, when the Internet was in its infancy, Webb says there was a huge amount of interest in technology and the way it was going to solve everyone’s social problems. “I’ve always been interested in tools that could make things better, and how to apply them,” she says. “A lot of us feel like energy is done to us. We want it, we need it. We want to turn on the fairy lights at Christmas, so what do we do?” In 2015, Webb decided she wanted to work with energy.

She explains that as countries get more renewable energy, there needs to be a matching to the times of using it, so we can reduce problems for existing grids. While getting a green tariff is just one way of managing it, we need to do more to understand how to use the solar and wind power a lot of us may already have access to. “That’s what Yoyu’s about,” she says.

While individual choices towards food and fast fashion are things people are very aware of today, this isn’t the case for energy. Her app Yoyu is mainstream, and provides a forecast that doesn’t need to be paid for. It’s a piece of information that any individual can understand and apply it to themselves. “Connecting to people who care is really powerful from a policy perspective,” she says. “That’s just a tip of how a whole system can incorporate more renewables.” 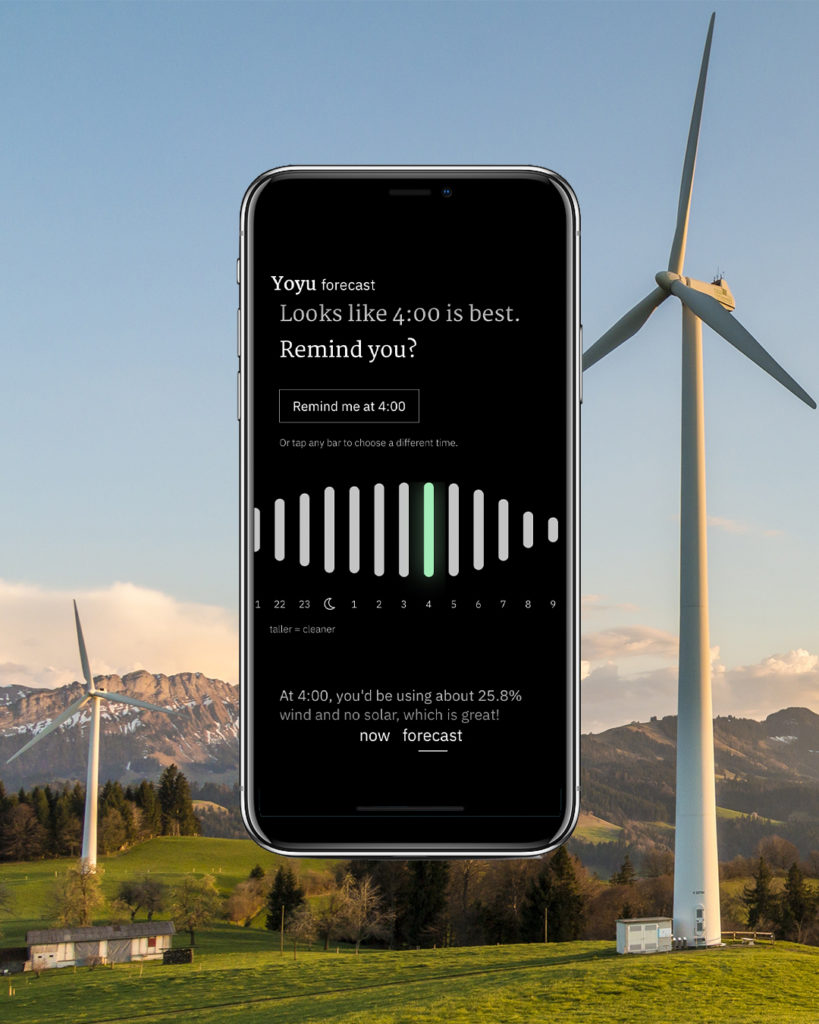 After years of policy, industry and government work, Webb found it difficult to launch Yoyu — something almost completely dealing with consumers. But she says it’s been so nice seeing how many individuals care, and would feel daunted without them.

“Of course, I think Yoyu is an answer,” Webb says. What the app primarily does is solve awareness. Then, she adds, it turns a piece of information into empowerment and choice. “Because it’s something you can actually do,” she adds.

The entrepreneur is very ambitious. She wants Yoyu to be international very quickly, because while the UK isn’t there yet, more needs to be done outside the country too. She is a positive person, and believes with Biden in the US, progress could be made. “Bringing together environmental justice and climate is really overdue and that could be incredibly powerful.”

Trump’s election and Brexit were something Webb believes “wasted four precious years”. Now, with time running out, she thinks every step we don’t take forward is too slow. Although she says China’s commitments for 2050 are far away, she says it’s more than we had before Greta Thunberg’s speeches. And she’d like to see a cooperative leadership between China and the US someday.

Webb is a mother of two young children. She has always felt a deep responsibility towards Earth, but is aware her son and daughter may face an even bigger burden. Her six-year-old loves animals, and has asked her whether climate change will hurt them. Webb says it’s been even more difficult throughout lockdown, where they haven’t been able to learn and help nature like she would like to.

“It’s difficult because you watch them care about something, but now know what to do about it,” she says. While she doesn’t know if they will follow in her footsteps, she knows they are interested, and even a bit scared. Webb says it’s about getting them to learn, and getting them to feel like they are doing something. “They love Yoyu,” she adds.

Webb’s ultimate goal is not needing Yoyu anymore, because all our energy is clean. She knows it’s far-fetched though, and has often questioned whether she will continue to work on climate change in the 2020s. But the tech leader can’t believe we’re doomed. “Or I’d have nothing to wake up for in the morning,” she says, laughing.

“We’ve had all the warnings and decades of international discussions,” she points out. “With forest fires, hurricanes, floods and temperature changes — now it’s here and it’s unavoidable.” The pace of climate change keeps speeding up, so we need to react just as fast. What keeps her going is the people who put more into the solution than they’re paid to do. “People coming together to change something is so inspiring.”

Olivia Rafferty
Olivia is the Assistant Editor of The Vegan Review. An aspiring Middle Eastern correspondent currently studying journalism at City, University of London, she is passionate about the planet, she believes veganism is the first step to solving the complexities of climate change.
Previous articleIs David Attenborough vegan or at least plant-based adjacent?
Next articleBeyond Meat burger ingredients: are they good for us?