Violife: The best vegan cheese on the market? 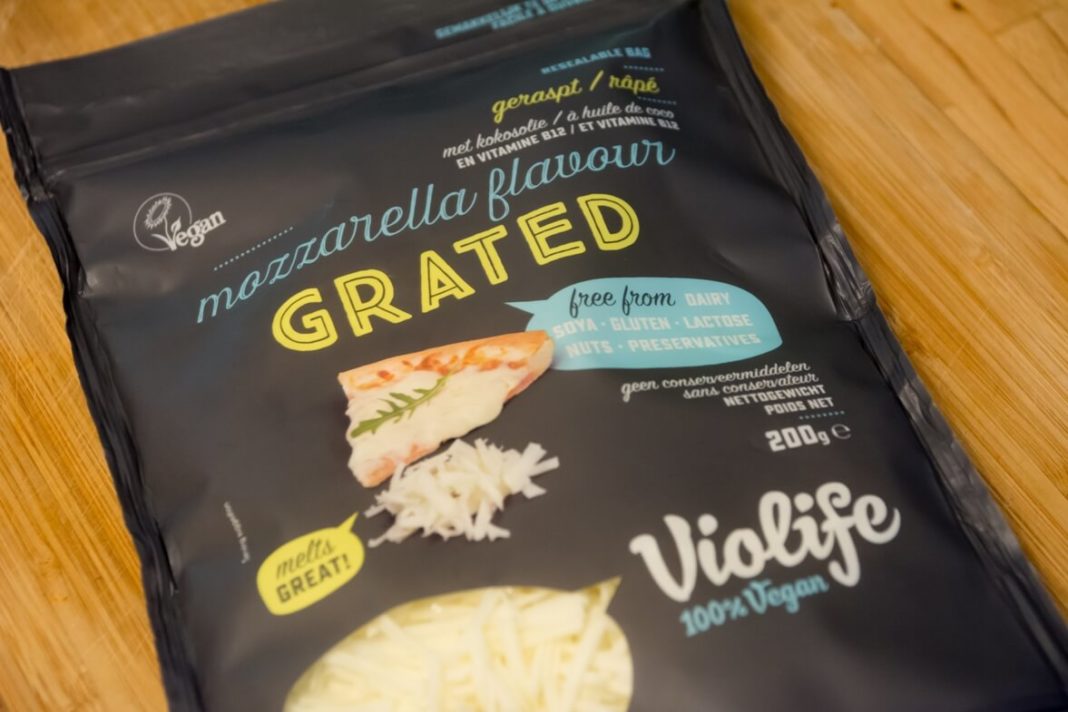 Based in Greece, Violife produces an award-winning 100% vegan cheese. It prides itself on being free of dairy, preservatives, lactose, nuts, soya and gluten, making it different from other alternatives. The brand also wins on convenience, as consumers (in the UK at least) can find it easily in large supermarket chains.

How many types of Violife are there?

Often heralded as the pinnacle of non-dairy cheese, the brand provides many alternatives for its consumers; cheese blocks, slices, grated styles and spreads. With flavours ranging from mixed herbs and smoked to tomato and basil and even hot pepper, variety is not an issue. There is a vegan Greek white cheese available as well, as a nod to the origins of the company.

Among the many options, Violife’s vegan mozzarella has been a consumer favourite, with some describing it as the best pizza topping due to how well it spreads, crisps and tastes. The parmesan alternative has also received rave reviews – some say it is the “best imitation parmesan” due to its rich taste and slightly nutty flavour.

Large brands have noticed Violife’s popularity and Pizza Hut recently announced they will be using it as a cheese substitute for their vegan pizzas. Ciara Grace, Senior Menu Innovation Manager at Pizza Hut Restaurants said: “We’re really excited to launch the vegan stuffed crust as we’re confident it’s going to be a hit on both taste and texture.”

What is Violife cheese made of?

Coconut oil is the base for this vegan cheese, with health advocates claiming that the most useful ingredient of a coconut is indeed the oil. It boosts good cholesterol, helps stop heart disease, boosts energy and aids with digestion. Despite having a coconut oil base, the cheese does not taste overwhelmingly coconutty. In fact, some of the cheeses have been described as tasting like a mild cheddar. Fans even say it tastes like a better version of dairy-based cheese.

It sure does. You can melt Violife in toasties, on pizza, or even in macaroni cheese.

Violife cheese is fortified with Vitamin B12 and is a great source for consuming all-important missing vitamins. Therefore, as well as tasting good, it provides some notable health benefits, though do watch the fat levels. Remember that you don’t need to already be vegan to try out the full product range.

Check out our review of the best vegan cheeses.

Gozde Elidemir
Gözde picked up Journalism as a hobby but after realising how much she learns through Journalism, she has taken up more opportunities. She is currently a Journalist at Lawbore as well as The Vegan Review and enjoys how these two very different topics take her to two different parts of the same world. While she enjoys having a busy schedule, she balances this well with some down time - aside from work, Gözde enjoys delving into video games and new beauty and self-care findings.
Previous articleIs your alcohol cruelty-free? A guide to vegan alcohol
Next articleBeyond Meat Expands To Serve Growing Demand