Cashews: Inside the industry’s unethical practices and labour conditions 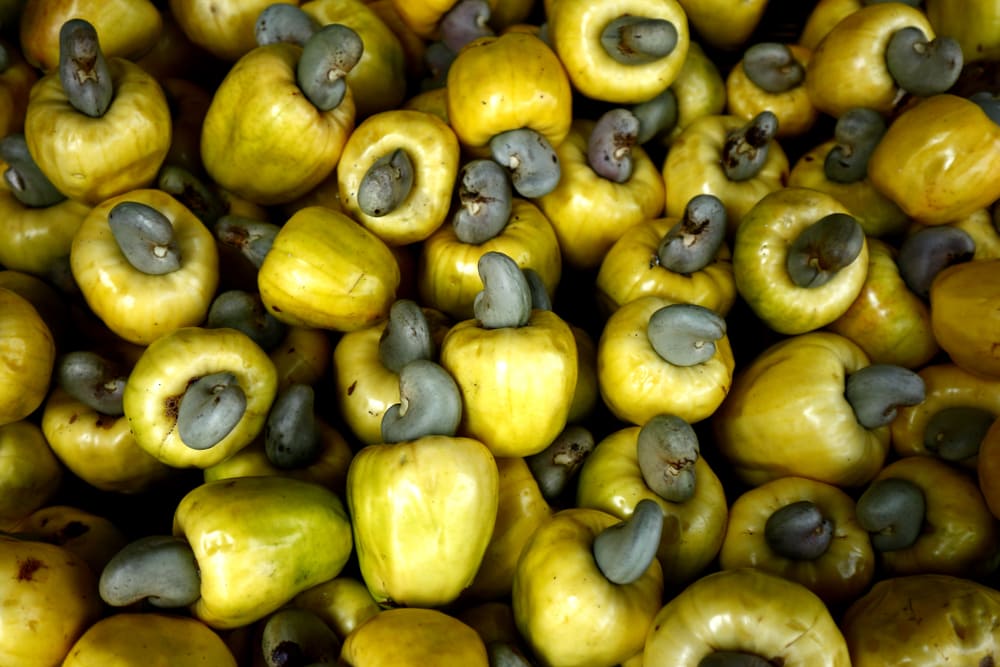 While cashews have become a mainstay in vegan pantries, the industry has a lot of ethical question marks, including female labour rights.

Can you recall the last time you were standing in front of a snack aisle at your local supermarket and debating upon which type of nuts you should buy today? Or maybe you found that famous recipe for perfectly creamy vegan carbonara? Either way, at some point, you probably ended up buying some cashews.

They have always been a nutritious and easily accessible snack, but only recently have they gained global popularity due to their wide range of uses, especially among the vegan community. Just by simply typing “vegan cashew recipes” on Google, you can find numerous (4,200,000 to be exact) results, starting with basics like cashew milk and butter, through to Italian-style pesto, ending with raw energy balls and fancy cheesecake.

By now, you could come to the conclusion that ordering a box of cashews would be the next crucial step to create your ideal vegan pantry. But have you ever considered the true cost behind these seemingly perfect nuts?

Cashews are harvested mostly in the countries of the global south, especially in India, which is the leading country in the world in terms of cashew production area (923,000 ha) and production itself (613,000 tonnes). The majority of workers in the cashew industry are women, who are reported to be heavily exploited within this sector. In most cases, they are completely dependent on this job, as it is the only way to earn money in their region and sustain their livelihoods. The salary is as low as €4 to €6 per day, and the workers are paid by volume, so speed is crucial at every stage of the manufacturing process.

In the beginning, women collect yellow fruits, on which cashews are found. They can be separated easily, but the real work just starts from there. After harvesting, the nuts have to be cut in half with special equipment. From that point, all of the work is done entirely by hand.

Women have to separate the actual nut from the skin, which contains toxic oils that burn skin and damage the eyesight. They are usually not provided with safety equipment such as gloves due to cost-cutting measures, which expose them to these toxins and influence their health and well-being.

On top of that, according to the Trade for Development Centre, only 3% of cashews sold on the world markets are Fairtrade Certified. So, it means that there is a very high chance that your favourite cashews from the snack aisle are not produced ethically.

It is always worth to keep in mind the true cost behind our daily decisions and to try (whenever possible) to buy sustainable products that don’t exploit workers. Maybe keep that in mind next time you crave a cashew mac and cheese.

Kaja Palasz
Kaja is a geography undergraduate at King’s College London. She started her vegan journey in 2015 and since then she is constantly learning how to live more ethically and sustainably. Her goal is to spread awareness about her discoveries as she believes that even the smallest change matters. Apart from being a massive foodie, she is passionate about hiking, cinematography, ethical fashion and zero waste lifestyle.
Previous articleGood Hemp Oat + Hemp Milk review: A winning mix for vegan cooking
Next articleHow to throw a vegan, cruelty-free and eco-friendly Christmas