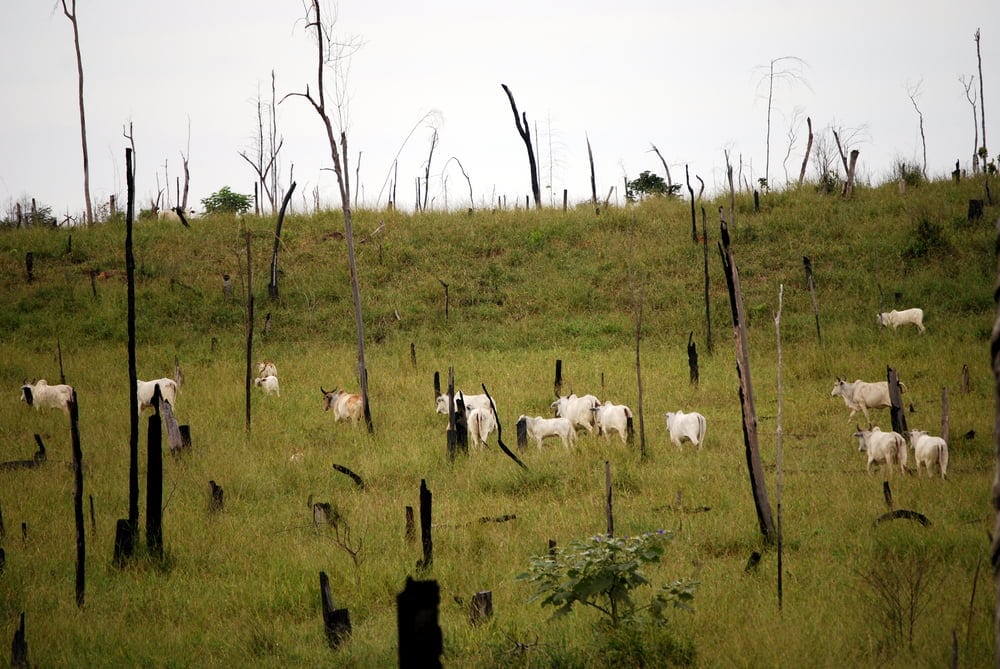 After an incident in JBS’s operation in the Amazon forest, supermarkets across the UK are under pressure to boycott Brazilian beef forever.

The Bureau of Investigative Journalism, Réporter Brasil and The Guardian reportedly hold photographic evidence of JBS transporting cattle from one prohibited farm to another. The trucks, owned by the Brazilian meat giant, have sparked another petition to ensure UK supermarkets stop importing Brazilian beef.

40 companies, including Morrisons, Tesco, Sainsbury’s and Marks & Spencer, originally threatened this boycott in May this year.

This came after lawmakers discussed possibly passing a legislation that allowed for more clearance of the Amazon rainforest.

While this measure outdated, it has returned as a bill. If it is passed, it could ignite the ditching of Brazilian beef forever.

Signatories of the letter want to make sure something did. “While we still have enough of the Amazon left to fight for”.

The country’s national space research institute, INPE, estimates that up to 5,800 sq km of Amazon’s total 10,000 sq km lost each year is linked to the beef industry. Nonetheless, imports of these products into the UK have stayed on an upward curve.

While the meat company claims it has a monitoring system covering over 50,000 potential livestock supplying farms daily.

They claim covering an area that large makes it hard to control everyone. “There is currently no publicly available official information to enable monitoring of indirect suppliers,” JBS told The Grocer.

Without cleaning up its assessment methods, Angus MacNeil, MP and chair on the international trade committee, said nations. “will have to act in the face of such potential flagrant violations”.

One such country is the UK, which is currently considering how its footprint can be lowered on a global scale. More specifically, a report released by the Global Resource Initiative taskforce, highlighting “the challenge of commodity-driven deforestation”, has pointed to the need to end deforestation in supply chains by 2030.

Olivia Rafferty
Olivia is the Assistant Editor of The Vegan Review. An aspiring Middle Eastern correspondent currently studying journalism at City, University of London, she is passionate about the planet, she believes veganism is the first step to solving the complexities of climate change.
Previous articleThe Ultimate Guide to vegan restaurants in Brighton
Next articleBeyond Meat invests in health education initiative for the Black community