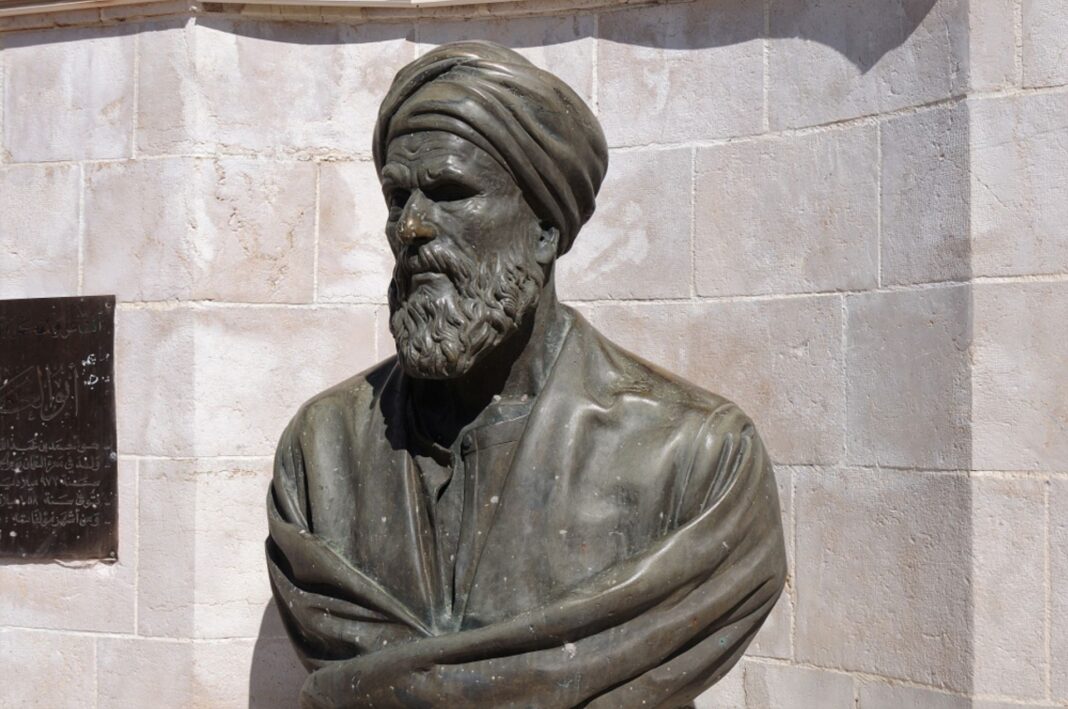 Vegan poetry dates back thousands of years. Here are three vegan poems by poets who combined their art with their ethos.

Like almost all ideologies, veganism — and all that it encompasses — has gone from word of mouth to all forms of media, including the arts. Vegan art is often considered part of artivism (activism through art). However, like all art, it aims to provoke thought, evoke emotion and inspire its audience in service to veganism.

Vegan poetry has achieved this for hundreds of years through wonderful writing. There are vegan poets who have combined their talents in writing with their passion for veganism, animal rights and sustainability.

Their poems aim to provoke thoughts and bring awareness towards our expendable attitude towards our planet and the animals that coexist with us. In this day and age, veganism needs every possible avenue to spread the message of compassion and sustainability. Poets like these have furthered vegan artivism.

Read more about veganism within artivism. 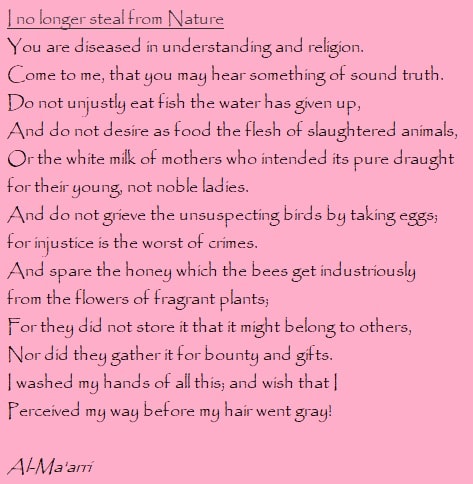 Veganism has existed for centuries now, and so has the expression of veganism in poetry. The poem ‘I no longer steal from nature’ by Abu al-‘Ala’ al-Ma’arri is a 1000-year-old vegan poem expressing the same values of veganism we have today.

Al-Ma’arri was one of the greatest ancient Arab poets, who was born in Ma’arra in Syria. He contracted smallpox at a young age and although the illness did not kill him, it eventually led to him losing his sight. He persevered in his love for literature and travelled to many cities, including Baghdad, which was considered the “epicentre of poetry,” and studied preserved manuscripts.

Although the world has changed since the al-Marri’s days, veganism and animal rights are nothing new. In his poem, the legendary poet sheds light on the injustice mankind has been perpetrating on the voiceless animals of our planet. He points out the sense of entitlement humanity holds over the rest of the living beings we share our planet with.

“Come to me, that you may hear something of sound truth,” he writes, the truth that we as human beings have been stealing from other animals for our own gain. Meat, milk, eggs, honey: none of it was made for us or by us and we took it anyway. He wants us to understand the plight of the birds, bees, fish and other animals humans steal from and appreciate that they are not products for our consumption.

resemblances (us and them) by Lenni Ha 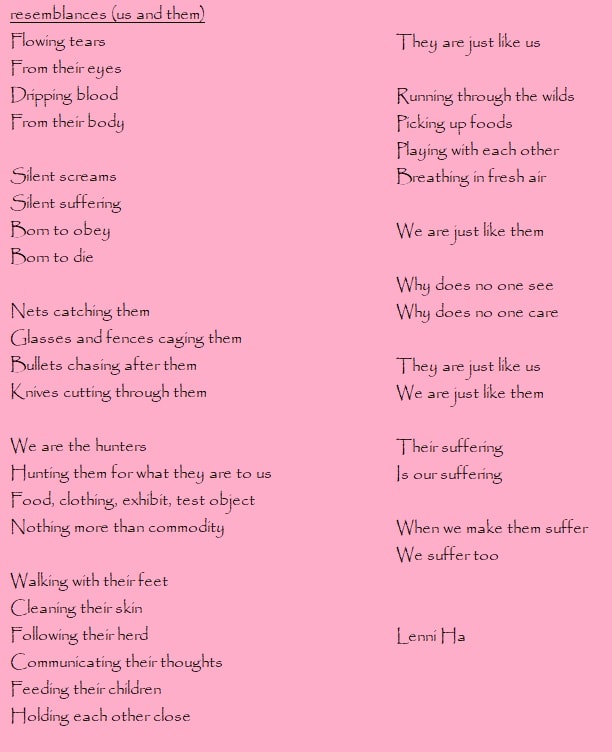 In the poem ‘resemblances (us and them)’, Lenni Ha asseverates the semblance animals and humans share. We all eat, sleep, think, play, reproduce and communicate. So why the superiority complex?

Speaking to The Vegan Review, Ha says ‘resemblances (us and them)’ showcases the guilt-free lives we continue to live despite the constant animal cruelty happening around us, because we simply view animals as a means to an end.

“Humans and non-human animals aren’t as different as we think. It’s really sad how we as a species distance ourselves from other species and thus justify cruelty towards them,” he explains. “Maybe if we see how similar we are really, we can rethink our attitude towards non-human animals.”

We are, however, still a long way from this. As Ha says in the fifth stanza of the poem:

“We are the hunters
Hunting them for what they are to us
Food, clothing, exhibit, test object
Nothing more than commodity.”

He began writing poems after visiting vegan fairs, and has a goal to evoke feelings of compassion amongst us toward animals. Ha says: “Even if just one person remembers the words of this poem and then decides against buying meat the next time they go grocery shopping, then that’s already a success for me.”

The Planet’s Lungs by Rhonda Maza 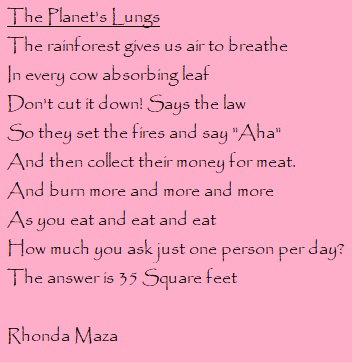 Deforestation has been and continues to be a huge global crisis. The destruction of the earth’s rainforests has not only destroyed the homes of millions of animals, but it has also been a large contributor to global warming.

‘The Planet’s Lungs’ by Rhonda Maza touches upon deforestation, specifically that of the Amazon Rainforest in South America, which is often referred to as the lungs of the planet. The Amazon rainforest inches closer to depletion every day, with over 13,000 square kilometres of the Brazilian Amazon burnt in the first seven months of 2020 — “that’s more than eight times the size of London”.

In her poem, Maza reminds us that “the rainforest gives us air to breathe” and yet deforestation takes place at an alarming rate to the benefit of cattle ranching, so that businesses can “collect their money for meat… as you eat and eat and eat”.

Like Al-Ma’arri, Maza emphasises how we, as humans, continue to destroy the earth for our own gain and consumption despite the consequences.

Sunayana Samantaray
Previous articleA nutritionist’s take on the health impact of plant-based meat
Next articleMaking the connection: the spiritual path to veganism