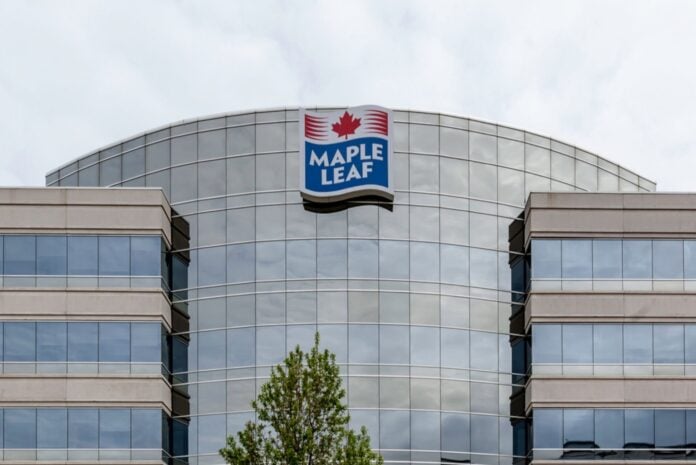 Meat producers like Maple Leaf Foods are advancing their stakes in the plant-based market sector: who are they and what does this mean for the industry?

A recent controversy regarding its open letter to Beyond Meat and Impossible Foods brought Lightlife Foods into the public spotlight. Issues were raised regarding its ownership by a leading meat manufacturer. Digging deeper, one can observe this is a recent trend amongst several meat producers, which can be seen as a strategic move to maintain their hold on the market given the change brought about by plant-based meat alternatives.

What do these corporate interests signify for the vegan movement, and on what basis can these motives be judged? What is the dilemma regarding Lightlife and its corporate grandad, Maple Leaf Foods?

Maple Leaf Foods came into being in 1991, a result of a merger between Canada Packers, Maple Leaf Mills, and Hillsdown Holdings. This move was initiated due to the declining market influence of Canada Packers at the time. In the late 1980s, Canada Packers saw a great internal economic reformation owing to its decreasing market power. Its diversifications into processed food and the leather tanning industry were growing more inefficient by the day, generating even lesser profit, and its primary activity of beef production was also in dire straits.

In 1986, Canada Packers closed down its Beardmore Tannery, resulting in massive unemployment in Acton, Ontario. This event came to be known as ‘Black Thursday’, signalling the sorrowful shift away from industrialised economic activity. A major beef production plant at St Boniface, Winnipeg moved out of production in 1987 as a result of this declining trend. For the management of Canada Packers, this proved to be the last straw that set the domino in motion.

Following a rather complex saga of mergers and acquisitions amongst Canada Packers, Maple Leaf Mills and Hillsdown Holdings, Maple Leaf Foods emerged: now primarily engaged in production and export of fresh pork. By 1995, Maple Leaf Foods came to be under the control of McCain Capital and Ontario Teachers’ Pension Plan Board, and diversified into processed foods, bakery products, and most notably for this piece, meat alternatives.

Foraging into plant-based with Lightlife

The plant-based meat alternatives market is valued at around $3.6 billion (£2.8 billion), with firms operating at upwards of 40% growth rates in the refrigerated sector, which provides for 24% of the broader industry. The market is set to encompass a third of the wider meat market by 2050, sustaining double-digit annual growth rates.

Maple Leaf Foods was quick to capitalise on this developing trend, akin to many of its meat and dairy competitors such as Tyson Foods and Nestlé. It acquired Lightlife Foods for $140 million (£108 million) in 2016-17, owing to its increasing popularity within the North American market with sales of approximately $40 million (£31 million) and a 38% market share in 2016. It also acquired Field Roast for $120 million (£93 million) for the same reason, with its sales exceeding $38 Million (£29 million) and its rapidly growing stakes in the economy.

In October 2018, Maple Leaf Foods set up its subsidiary, Greenleaf Foods SPC, in Chicago to run Lightlife and Field Roast in the US. In the following January, it established its leadership role in terms of economic and innovative prowess within the industry with the widely popular Lightlife burger. Lightlife also entered within fast-food circles — the Lightlife plant-based burger is now part of the permanent KFC menu across North America.

In reference to the concern over the emergent plant-based meat alternatives market’s potential to cut into the existing meat trade at Maple Leaf, its president and CEO, Michael McCain, told the Financial Post: “Historically, if one category cannibalises another, that’s perfectly fine by us. Our job is to meet our consumers’ needs.”

I’m Michael McCain, CEO of Maple Leaf Foods, and these are personal reflections. I am very angry, and time isn’t making me less angry. A MLF colleague of mine lost his wife and family this week to a needless, irresponsible series of events in Iran…

He added that Lightlife’s and Field Roast’s plants in Massachusetts and Seattle are expected to attain functioning at full capacity by the end of 2020, thereby departing from its industry label as ‘niche’. McCain has recently taken a strong stance in claiming that corporations care about more than just profit, with his decision to publicly blame the US government for destroying Ukraine International Airlines Flight 752 in January of this year.

In addition to this, Maple Leaf Foods prides itself on its mission to be the “the most sustainable protein company on earth” — separating itself from the stereotypically machiavellian character of big corporations and aligning itself with social justice.