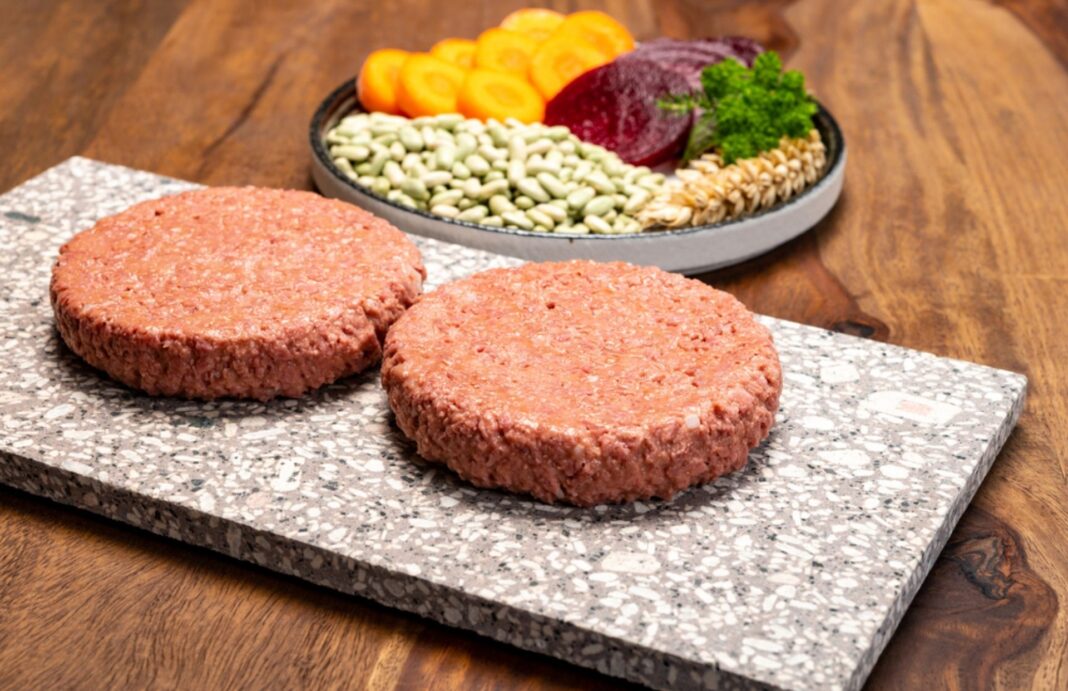 Vegan nutritionist Astrid Prévost talks about the health impact of plant-based meat, following a report about its merits last week.

A new report by Teri Lichtenstein, a leading Australian dietitian, highlighted the benefits of plant-based meat over conventional meat, in terms of nutritional value and mostly low sodium content. But it did not recommend meat alternatives as a staple food, stating they can’t replace whole foods, but also are not expected “to ever totally replace conventional meat”.

Vegan nutritionist and founder of vegan shoes brand Up’Swing, Astrid Prévost cites the many ways plant-based alternatives are better for our health: “My opinion, as a nutritionist, is that plant-based meat is better for health nutritionally than meat. There is no cholesterol and much less sodium in many alternatives. I think a lot of doctors and nutritionists forget to this into account that there are a lot of inflammatory elements in animal-based products, like IDF 1 or casein in milk.

“I think more people now know what sort of nutrients we need, like proteins, carbohydrates, etc., but we forget those are not the only elements in the food we eat. There are good elements we need, but there are bad elements that are almost absent from plant-based meats.”

Prévost addresses the fact that there are “different qualities in plant-based meat alternatives; some are very processed, with quite a lot of sodium, etc., whilst others use beans and the like, which are still processed but not as industrially”. But even still, the very processed products are better for you than animal products.

“Obviously, whole foods are the better option for a balanced diet, but the human body can take a certain amount of unbalance: you can have a vegan hamburger or a vegan cookie or cupcake maybe once a week — the problem is if these are your main meals.”

Prévost disagrees with Lichtenstein, who states plant-based meats “should not replace whole foods like legumes, vegetables and a limited amount of meat”. “It won’t kill you to eat meat, but ideally you should be eating plant-based whole foods,” she explains. “The advice is there are better ways possible. It’s not that you can’t, but ideally nutritionists should advise not [to eat meat]. People eat much more meat than they should nowadays. Sanitarian advice says people should eat a maximum of 500g a week of meat.

“As a vegan I very often hear, when I say I’m vegan: ‘I’ve reduced eating meat a lot!’ whilst they’re eating meat in front of me. The advice should be stop, not reduce. Just like smoking, you don’t advise reducing, you advise stopping. After being given this advice, they may do whatever they want with the information.”

She adds that cutting down on consumption allows people to feel less guilty about eating meat, their impact on the environment, themselves and the animals. “Plant-based meats are not the only way to avoid meat; one option available is clean meat, which appears to be healthier, as it does not include the inflammatory elements the industrial-farmed animals experience,” says Prévost. But she adds that she wouldn’t eat clean meat: “I don’t miss meat; the only dishes I miss can easily be veganised [like lasagna and bolognese].”

She continues: “But I look forward to clean meat being in stores, as it will be a perfect alternative for people who say they care about animals but that they ‘couldn’t give up meat’. Of course, there are vegans who do not want to be reminded of the taste of meat and do not consume any plant-based meat products at all, which are very appealing to mostly flexitarians or transitioners, looking at getting rid of animal meat.

“In my opinion, it’s not just about meat alternatives, it’s about the social perception of veganism; a lot of people don’t try going vegan because of social problems: you can get rejected, the perception is plant-based food is plain, and so on. We need to work on social perceptions too.”

Read more about the debate on clean meat and its implications.

Jessica Fox
Jessica has been vegan for nearly 20 years; over the past 8 years, she has been actively involved in the London vegan community, organising and hosting a variety of vegan events.She also regularly hosts walks, potlucks, and art/creative writing workshops. Jessica is an artist, writer, and genealogist; she loves photography, swimming, and walking in the countryside and seaside.
Previous articleEast Africa’s Dhow Nature Foods: ‘Imitate nature, don’t decimate it’
Next articleVegan poetry: 3 vegan poems combining art and activism