With a growing demand for oat milk, New Zealand’s first plant-based milk factory is in the works. Built by Otis, it is also carbon-neutral.

Sustainable oat milk brand Otis, which is New Zealand’s first homegrown oat milk producer and one of its main suppliers of oat milk, has announced its plans to build a plant-based factory to produce 25 million litres of oat milk a year.

“[The] demand has exceeded our expectations, so we’re going to expand our productive capacity and distribution to make oat milk more accessible to Kiwis and then take it to the world,” says Otis managing director and founder Tim Ryan.

Otis has invested in the new factory near Dunedin, which will be the first-ever vegan food and beverage facility in New Zealand. Introducing The Plant Plant, where plant-based products will be made and exported all over the world, the inventory will include vegan ice cream, creams, milks and yoghurts. There currently is no estimated time when The Plant Plant will be ready for action at the moment.

The brand uses its platform to spread awareness about the dairy industry and its detrimental effects on New Zealand’s ecosystems. It’s also certified as a Climate Positive business operation by Ekos. The company is dedicated to reducing its carbon footprint by 120% in 2021 and currently supports projects that grow and protect indigenous forests in New Zealand and the Pacific Islands.

“The younger generation has different or ethical reasons behind purchasing. That’s why I wanted to start a protest brand,” says Ryan. New Zealand estimates dairy export revenues to drop from NZD 20 billion to NZD 19 billion this June. The country’s main dairy commodities are butter, cream, cheese and whole milk.

Read how Ozone Coffee Roasters is bringing the Māori tradition of hāngi cooking to the UK.

Fonterra, New Zealand’s biggest dairy producer, has experienced record losses this year, reporting a net loss of NZD 605 million. It currently operates in 140 countries, while expanding its business in another 13 cities in China. Fonterra CEO Miles Hurrell says the co-op remains focused on financial discipline and reducing debt: “We continue to divest non-core assets with the announcement that we’ve agreed to sell our China farms for NZD 555 million, which will further reduce debt. The sale of this asset reinforces our strategy of prioritising New Zealand milk.” 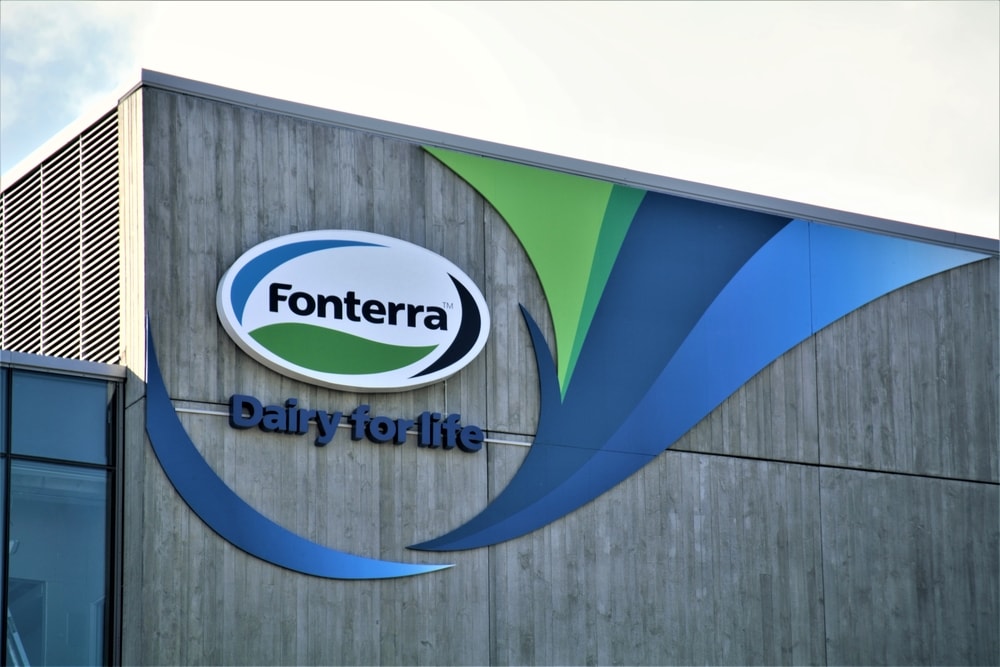 Companies such as Fonterra, Gingko Bioworks, Louis Dreyfus Companies, Viking Global Investors and Breakthrough Energy Ventures have invested an initial $90 million in the Boston biotech startup Motif Food Works. It is backed up by Bill Gates, Jeff Bezos and Richard Branson, to name a few billionaires. Motif Food Works plans to create lab-grown alternatives to meat and egg proteins. It is also working on using genetically modified microbes to ferment foods to taste and function like animal proteins. Its ultimate goal is to make cheaper food ingredients without using animals.

Fonterra wants to be a part of the plant-based protein movement, since it says there won’t be enough cows or land to supply enough protein the traditional way. Food without animal farming is making an environmental impact. And that’s a risk Fonterra’s shareholders might face: their company is investing in a competitor.

Judith Swales, head of the co-op’s global consumer and foodservice business, disagrees: “At the end of the daym the market’s going to grow by two billion extra people, and not everyone can afford the highest-quality ingredients. As consumers change, this is a way to meet growth, not eat into our core markets.

“We want to be able to explain to customers the difference between the two and why New Zealand’s [grass-fed dairy] with its nutritional profile is best you can get… and not be defensive about this new nutrition.”

With new vegan brands such as Otis and existing companies like Fonterra teaming up with plant-based companies, it only seems to be the beginning for more to come. Farmers like Jay Wilde are making the switch from dairy farms to oat milk production. What is to be seen is whether more dairy farmers will be inspired to follow in such footsteps.

Tijen Najarian
Tijen holds a certification in Vegan Nutrition, and Chinese Medicine from the University of Hong Kong. When Tijen was diagnosed with Crohn’s Disease at age 23, she set out on a path that would dramatically change the course of her life. After years of pain, struggles with the effects of medication, and countless differing opinions from Western doctors, Tijen put her trust in a holistic practitioner and began educating herself on natural medicine and healing remedies. Upon learning that certain foods are inflammatory to the gut microbiome, she chose to cut all animal-based foods from her diet. Based in New York City, she has been in remission for five years and has been blogging her health journey and struggles inspiring many to go vegan themselves, a decision that would ultimately lead to her brand Tijen the Vegan.
Previous articleLuton named the UK’s best city for vegan food delivery
Next articleStudy reveals striking results when adding climate costs to food prices